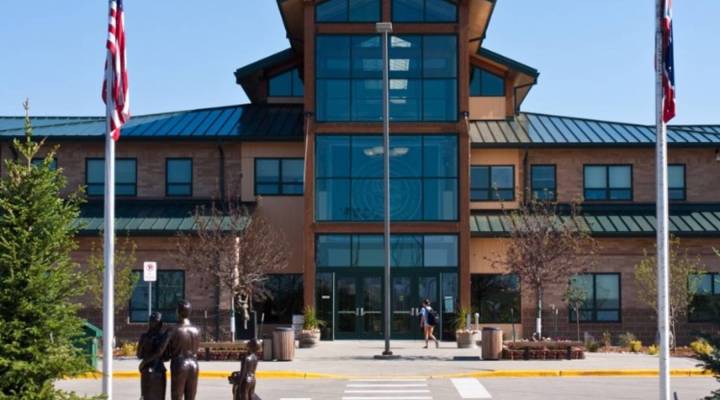 As part of our coverage from Gillette, Wyoming, we checked in with its local college. Gillette College started as a commuter school, but over the years it has grown, and students are starting to live on campus. About 85 percent of the student body is from Campbell County, where Gillette is located.

We sat town with several students from Gillette College to hear about their experiences in Wyoming and find out about their hopes for the future.

Sam Harmon is 19 and is studying health science with hopes of becoming an athletic trainer.

Harmon’s family is from Wyoming and are intimately connected with the extraction industry. Before the election, Sam was concerned for her home and the industries that keep it running.

“I was so scared that Hillary would win. Terrified,” she said. “I couldn’t sleep … [and] when they finally announced that [Trump] won, I remember jumping up and down, running out of my room … jumping on my roommate screaming ‘He won! He won! He won!’… It was one of the most relieving feelings that I have ever had.”

Bass said planning to leave home is both exciting and scary.

“I’ll be the first one [in my family] to go onto to a bachelor’s, to go on to a Ph.D., to go on to an M.D.” she said. “My biggest dream is graduating college and being able to take care of my family.”

Welch said he was lost for a while, and for him, going to Gillette College is about rebuilding his life.

“These tattoos, I’ve been working on getting them removed,” he said. “They actually said ‘Kill Haji.’ When I came back from Iraq, I had a lot of hate. I was going down a bad road … but things are good now.”