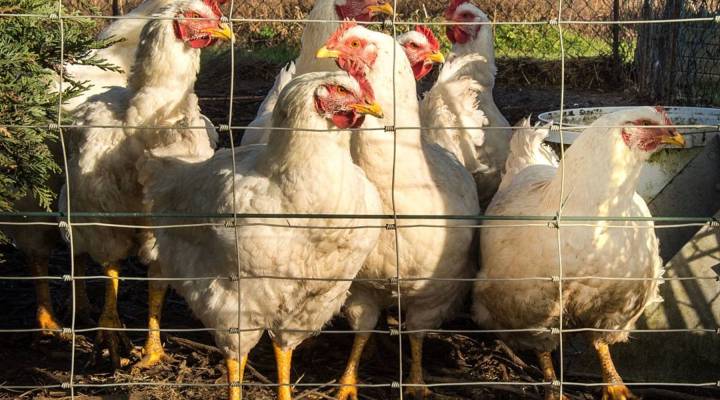 COPY
A strain of bird flu was detected in a chicken farm in Tennessee earlier this week, causing worry over the possibility of an avian influenza outbreak. PHILIPPE HUGUEN/AFP/Getty Images

A strain of bird flu was detected in a chicken farm in Tennessee earlier this week, causing worry over the possibility of an avian influenza outbreak. PHILIPPE HUGUEN/AFP/Getty Images
Listen Now

The words “avian influenza” make people in the chicken business pretty nervous. Bird flu can wipe out millions of chickens if it spreads. In past outbreaks, countries have banned poultry and eggs from the United States, causing prices to tumble. Earlier this week, the H7N9 strain of bird flu was detected in a chicken farm in Tennessee. So Marketplace host Kai Ryssdal checked in with Ed Fryar, CEO of Ozark Mountain Poultry in Rogers, Arkansas, to ask if he was worried about the latest bird flu outbreak. Below is an edited transcript of their conversation.

Kai Ryssdal: First of all, what was your reaction when you heard about this latest avian flu thing?

Ed Fryar: Anytime there’s an AI outbreak, you’d get nervous. But this one has been very limited so far. So right now we’re not that nervous, but I found out about it about 3 o’clock on Sunday afternoon, and the rest of Sunday and all of Monday we’re very busy with our AI preparedness.

Ryssdal: It’s funny, when you say AI, you think avian flu. Everybody else thinks artificial intelligence, but that’s all right.

Fryar: Oh yeah, or artificial insemination. I hadn’t thought about that.

Ryssdal: Yeah, and then there’s that from the agriculture guy. What precautions do you take? I mean, how do you protect yourself when this happens?

Fryar: It’s primarily biosecurity. Some of the things we do, any vehicles that that go on to a farm, we have to spray all the tires. Any visitors have to wear protective gear that includes, you know, certain plastic boots over their shoes. You’ve got to wear a jumpsuit and that sort of thing. Feed truck drivers are not allowed to go inside the chicken houses. That’s just another level of biosecurity beyond what we normally have on our broiler farm.

Ryssdal: And it goes up from there, I imagine. So are you worried or watchful, I guess?

Fryar: I’m watchful right now. I think watchful is a good term. USDA has gotten very good at coming in and controlling these breaks. And if this break is limited to just this one farm, then I don’t think it’s going to have hardly any impact on the marketplace at all.

Ryssdal: You are, as we’ve said before on this program when we’ve talked to you, are an economist, an actual, like, Ph.D.-trained economist. You are also a guy running a small business in this economy. I would love your sense of what you think of the current political environment in which this economy now is operating.

Fryar: I’m a member of a group that meets here in northwest Arkansas. We meet about once a month; there’s about a dozen CEOs of similar size companies to us. And after the election, it was just like night and day in terms of our outlook for our business and all of our businesses, and it’s almost for the last six years. It’s almost like a war on jobs and a war on business. And that feels just the opposite today.

Ryssdal: So you’re hopeful then?

Fryar: Much, much more so than I was six months ago.

Ryssdal: Ed Fryar is the CEO of Ozark Mountain Poultry. We got him in Rogers, Arkansas. Mr. Fryar, thanks very much for your time, sir. We’ll talk to you soon. 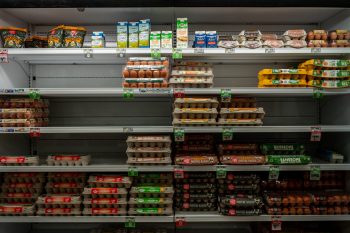