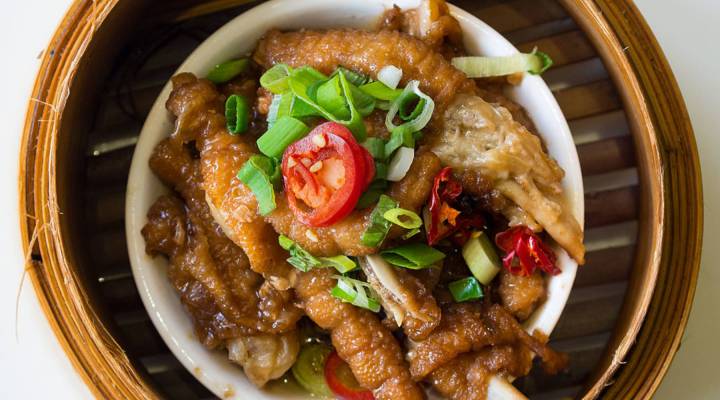 The Obama Administration filed a complaint against China today over chicken. The White House says China is ignoring the rules of the international trade road, technically the World Trade Organization, by putting import duties on American poultry.

But trading with China isn’t easy. China likes to protect it’s own producers – especially Chinese food producers. David Dollar, senior fellow in the China Center at the Brookings Institution, said this chicken case is a microcosm of how the U.S. deals with China on trade issues.

“The U.S. is a little bit frustrated that China seems to be following the rules,” he said. “This is all within the rules of the WTO, but it’s frustrating because in some ways it doesn’t meet the spirit of free trade.”

For a while, U.S. poultry producers had a foot in the door of China’s huge market. It was in the form of a chicken foot. In 2009, the U.S. shipped chicken parts worth more than $250 million to China. Chicken feet and wing tips are a popular snack there. Here they’re generally ground into pet food. Tom Super, vice president of communications for the National Chicken Council, said that market is one poultry producers covet.

“We’re certainly not deep frying chicken paws and chicken feet and eating them as buffalo wings here in the U.S.,” he said. “So you know the sale of those products adds considerable value to the industries and the products here as well.”

In 2010, China imposed an almost 100 percent tax on our chicken parts. Chinese farmers claimed American poultry producers were selling parts below fair market value. Three years ago, the U.S won a claim before the World Trade Organization over these duties, so the Chinese lowered the tariff to about 70 percent. But Dollar said U.S. chicken producers rely on export markets.

“We export about 18 to 20 percent, so that’s one out of every five pounds of chicken we send overseas or to Mexico or Canada,” he said. “So any export market we can open up is welcome news for us.”

Unfortunately for American poultry producers, it’s not that simple. A couple of years ago, China imposed an import ban on all poultry from the U.S. because of an outbreak in bird flu. It will also take a couple of years for any WTO ruling to take effect.