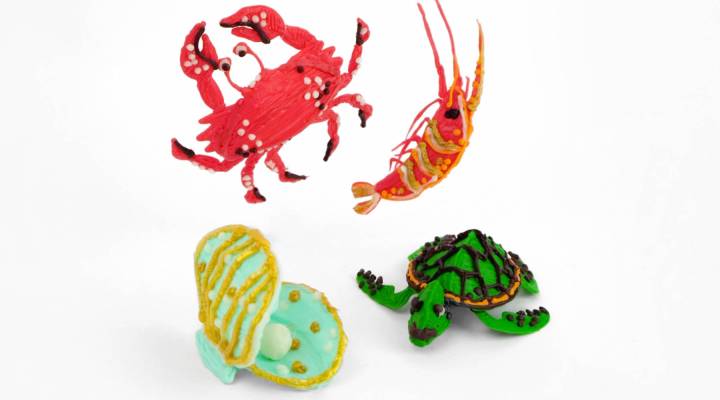 When you think of the term “3-D,” you may think of glasses. Maxwell Bogue thinks of a pen.

Bogue is the CEO and co-founder of WobbleWorks Inc., a company that created the 3Doodler Start Pen, which allows children to draw pictures that turn into 3-D sculptures when they’re finished. The pen uses specially developed bio-plastic material at a much lower temperature than 3-D pens for adults, making it safer for children to use.

Ben Johnson: How do you compete with other big toy companies that have a huge reputation in the industry?

Maxwell Bogue: So we’ve been very fortunate in that we’ve essentially created a new category, and by creating a new category, it’s been a lot easier for us to enter into retail because we’re not in direct competition with a lot of these major companies. So in the early days, we launched with the Museum of Modern Art. We really had this advantage of being this kind of dark horse, if you will, underdog. No one noticed us, and then all these buyers are like, “That’s cool, I want that.”

Johnson: This is kind of a trend right now, there’s like a trend in educational toys?

Bogue: There is a trend in educational toys. I’d like to think that we were before the trend because we’ve been doing this for three years now, trying to push it into education.

Johnson: You were doing it before it was cool.

Bogue: Yeah, we were doing it before it was cool. We’ve been in almost 2,500 schools at this point. So in an English class or history class you can make temples and you can have a whole class making temples. So for less than the price of a traditional 3-D printer, you can have the entire classroom interacting and doing stuff instead of one person putting a print on and then everyone staring at it and waiting three hours for it to finish.

Johnson: Are you guys profitable?

Johnson: How long have you been profitable?

Bogue: We have always been profitable.

Johnson: That’s really hard to do. How’d you do it?

Bogue: We spent the first year in our apartments as opposed to buying office space. We only have 33 employees after four years of significant growth and we started as two. So we’ve really been very conservative. Obviously $2.3 million on Kickstarter was a great starting cushion. We’ve never taken any outside investment. We’re completely independent. We don’t have any debt whatsoever, so we’re in a very unique, happy position of being profitable and growing.