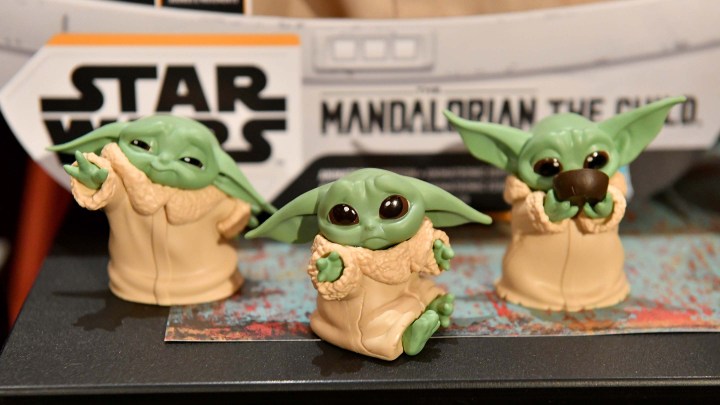 During the pandemic, toy companies haven’t been able to capitalize as much on sales of new toys and merchandise related to big movie releases, as many movies were significantly delayed.

We’re finding out more this week about how toy companies are faring overall. Hasbro reported its quarterly results on Monday, beating forecasts for revenue and profit. Mattel is set to report Tuesday.

“This year it was either flat to slightly declining because of the lack of large theatrical releases,” Pasierb said.

There were, however, some licensed toys connected to legacy franchises, like “Star Wars, “that sold well in 2020, he said.

“Like ‘The Mandalorian,’ in streaming, that did extremely well and generated ‘the Child,’ which was a hot selling toy,” Pasierb said.

Overall, 2020 was a strong year for the toy industry. Sales were up 16%, according to NPD Group, and that’s “despite the lack of entertainment calendar that we’ve usually had,” said Jaime Katz, an analyst at Morningstar.

Katz said that’s because people bought plenty of other kinds of toys.

With so much less money going toward travel and eating out, Katz said, many parents had a lot more to spend on toys.