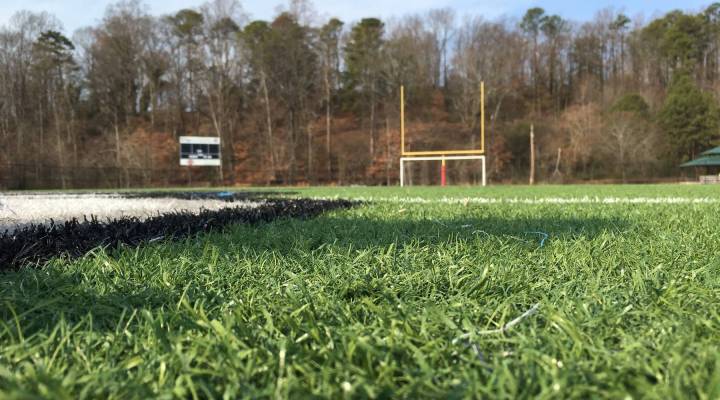 For the past two years, Marketplace weekend Host Lizzie O’Leary has regularly checked in with the mayors of Dalton, Georgia; Corvallis, Oregon; and Gillette, Wyoming — cities with populations around 30,000 with significantly different economies.

This week, she was in Dalton, Georgia, to explore a manufacturing town known as the carpet capital of the world with Mayor Dennis Mock.

Dalton was once home to 200 carpet companies that relied on the hard manual labor once synonymous with manufacturing. But like most things, the tech industry has disrupted this field as well.

“Carpet’s not the manual labor type-position that it used to be. It involves computers, and it involves math, and it involves chemicals, and it involves a whole lot of technical things that we’re really having to catch up on and push people into that. And it takes less people to do the same job [that we used to have] in these factories right now.”

One fact about Dalton that might surprise some people about a town in northwest Georgia is that it’s about 50 percent Latino. Many families came, largely from Mexico, to work in the carpet industry in the ’60s through the ’80s. Now, their children are students in local colleges and universities.

Twenty-six-year-old Dalton State student Laurely Caycho is from Valencia, Spain — and is a DREAMer who falls under Deferred Action for Childhood Arrivals. She wants people to know that about herself, and she’s trying to balance her love of Dalton and Dalton State with the policies under the new administration that may be difficult.

The business community in Dalton, like in other cities, is interested in fewer regulations and a very limited government. Despite low wages being an issue in the area, Mock sees the city as a free-market town and does not see a local, municipal or state minimum wage increase as something the city wants.