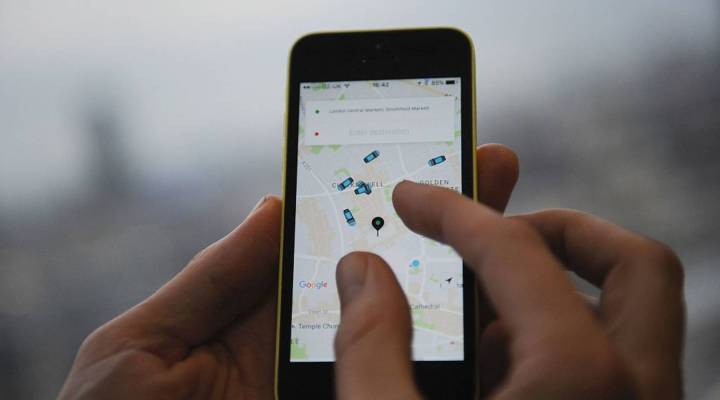 It hasn’t taken very long for companies like Uber and Airbnb to go from crazy ideas to household names. These startups that have become tech juggernauts and now play on a national and international scale. Brad Stone writes about the rise of said companies in his new book: “The Upstarts: How Uber, Airbnb, and the Killer Companies of the New Silicon Valley Are Changing the World.”

Marketplace Host Kai Ryssdal spoke with Stone about how this wave of startup CEOs are different from their predecessors and how tech companies are navigating the Trump administration’s executive order on immigration. Below is an edited transcript.

Kai Ryssdal: I want to start with the guys who are running these companies: Travis Kalanick at Uber and Brian Chesky at Airbnb. Kalanick as anyone who’s interacted with him and interviewed him or in fact watched any of his presentations or performances knows, he’s abrasive. I think that would be fair.  Brian Chesky is capable but really, really full of himself. Where to they fall on the Steve-Jobs-meter of being able to work miraculous things?

Brad Stone: You know I don’t think we are ready to put them in the visionary category yet. And I actually make the argument that this set of founders needed something different than the last set. You know Bill Gates and Mark Zuckerberg — we think of them as somewhat introverted. Not great communicators, although Zuckerberg has learned. But Travis and Brian needed to be story-tellers. Their services were basically illegal in a lot of cities around the world and so they needed to be politicians I think.  You know, Steve Jobs was not a politician, right? He often said the wrong thing.  I think Travis and Brian both had to get very adept at weaving together coalitions of their customers, because let’s face it people love these companies, by and large – and then using it to combat the incumbent industries like taxis and hotels.

Ryssdal: Let me pivot you to the events of the week if I could, specifically just some of the problems that Uber is having public relations wise after the protests at the airport this weekend and the “Delete Uber” campaign and all of that. Travis Kalanick is actually on the president’s business advisory team.

Stone: And he I think has suffered for that in a way that other members of that team the CEOs of IBM and Disney and Nike have not. There’s not a lot of rationality to why they are being targeted by the “Delete Uber” campaign all the car services in New York were servicing JFK during that hour long strike during last week. But there is ill will that’s been built up and they haven’t handled it particularly, you know, skillfully. I mean Lyft made a million-dollar donation to the ACLU. And Uber, they oppose the President’s executive order, but they didn’t communicate it as well and now he is left with a big problem.

Ryssdal: I’m just looking down at the cover of the “Upstarts” and right underneath your name is saying author of the national best seller “The Everything Store,” which is of course about Amazon and Jeff Bezos. Bezos and Amazon are suing the president over this executive order other companies are having to do some very quick and deft strategic planning. Companies in this environment are finding the way a little tricky.

Stone: Kai, the immigration order is like a direct rebuke to the way Silicon Valley conducts business. Not only does it get all this entrepreneurial energy from immigrants, let’s face it, these companies are blue state companies. So the employees of Google and Microsoft and Facebook are up in arms. And so we are seeing, one by one, all these companies reacting and really doing what they can and in Amazon’s case, throwing up a legal challenge to the order.