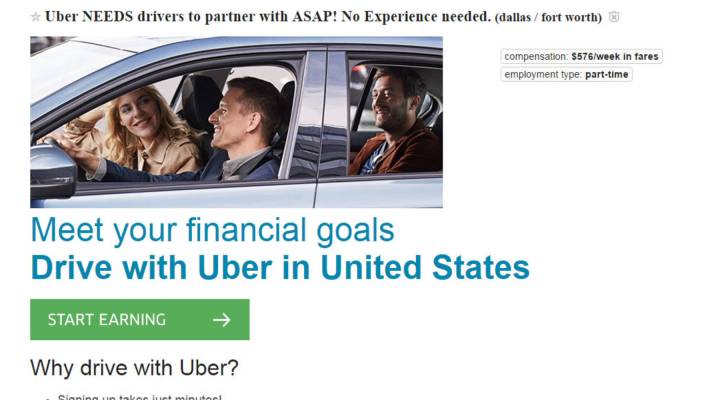 Two of the biggest names in the so-called “on-demand economy” are making moves this month that suggest one thing: They’re shoring up (and maybe seriously worried about) the supply side of their businesses.

Uber said Thursday that it will start testing autonomous cars for passenger pickup in Pittsburgh as soon as this month.

Earlier this month, Airbnb announced that it would move into architecture and construction, starting with a test building in a small town in Japan, a bookable house that Airbnb describes as more like a “community center” that will help revitalize the declining rural town of Yoshina.

The goal, Airbnb said, is that everyone in the town can essentially serve as “hosts” to Airbnb visitors, who will themselves go somewhere they might have otherwise overlooked. But high-concept language and community building aside, the company is essentially building a hotel, and trying to expand its stable of hosts to give its users new places to visit.

So both of these moves are connected, and both suggest a possible weakness in the companies’ business model. There’s no shortage of demand in terms of riders and travelers. But Uber needs drivers, Airbnb needs hosts and both of them are having trouble keeping up.

Uber has been desperately trying to add drivers to keep up with its growth. And even as it tries to add new drivers, it’s trying to figure out ways to pay them less. It’s locked in expensive court battles over how much it’s paid in the past, and now that a judge has rejected a settlement in a class-action lawsuit over that pay, it’ll probably end up paying a whole lot more. Driver costs eat into potential profitability, and if they unionize or have to be treated as employees, they’ll get even more expensive.

So for Uber, fully half of its business equation is also its biggest weakness. That seems like a pretty scary scenario. The answer, in Uber’s case? Solve the supply problem by rushing to take humans out of the equation and leave the driving to the machines. That is, automate the supply chain.

That’s smart, on the one hand, but there are some concerns.

It’s expensive: Uber just spent a reported $680 million to buy the self-driving truck company Otto, not to mention the reported $500 million it’s investing in global mapping, so those autonomous cars know where they’re going — and all its prior investments in autonomous tech and mapping. On top of that, self-driving technology is still new, and there’s no regulatory framework for putting these cars on the road en masse. There’s a reason Ford is planning to create a fleet of self-driving cars intended for ride-sharing in 2021; that might be a too conservative approach, but it at least acknowledges that the tech is hard, and we’re nowhere near ready to take drivers completely out of the car.

And then of course, there’s the fact that investing in autonomous cars alienates the drivers that Uber has long touted as its “partners.” If its plans to ensure a consistent supply of vehicles in the future affects its ability to hire drivers now, the supply crunch gets even worse.

Airbnb’s supply half of the equation is arguably its stickiest wicket, too. Its business is 100 percent dependent on having enough places for its users to rent. According to Airbnb’s site, it has some 2 million listings worldwide in 34,000 cities and 191 countries, and hosts over 60 million guests. (For comparison, a 2012 study estimates that are 187,000 hotels around the world offering 17.5 million guests rooms.)

While Airbnb doesn’t seem as overtly desperate for hosts as Uber is for drivers, it’s nevertheless running into some of the same complications as it recruits civilians to be part-time hoteliers: demands for hotel taxes, the threat of fines for hosts who violate local regulations, backlash in cities who feel that Airbnb is taking potential housing off the market.

And there are real questions about how many casual homeowners are just renting out a spare room to the service: Airbnb recently reported that 20 percent of its hosts have more than one listing, which could suggest that the actual number of hosts is smaller than the company might like. And there are social concerns, like how many of the site’s hosts and guests are white, and how often the host makeup might lead to racial profiling.

So the safest option to ensure future supply is to create its own: that is, get into the hotel building business in some form. The company’s new in-house design studio, Samara, is focused as much on “urban planning” as on “new attitudes towards sharing and trust,” which is its stated mission.

Now, I’ll grant you, it’s easy to paint Uber and Airbnb’s recent moves as the natural expansions of innovative companies that are hoping to grow into the mega-companies of the future, with fingers in everything from municipal transportation to the fundamentals of travel services. But sometimes, expansion can be a sign of desperation, or at least an acknowledgement that building a business that depends on potentially undependable supply chains might require, in the parlance of the day, a pivot.