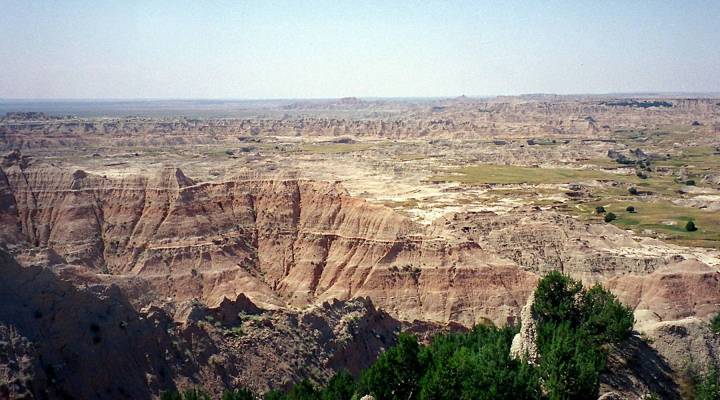 This morning at the White House, President Donald Trump streamlined the permitting process for constructing new factories in this country, saying “environmentalism is out of control.”

The new administration’s attitude towards climate change is no surprise — Trump has vowed to take the United States out of the Paris Agreement and revive the coal industry. They even removed it is a key issue from the White House website.

Which bring us to whoever has been running the Twitter feed for Badlands National Park, South Dakota. This afternoon, the account went rogue and began tweeting out various climate change facts and figures.

A screengrab of tweets from @BadlandsNPS, which were deleted less than 3 hours afterwards.

The tweets were deleted within a few hours.

This isn’t the first time the NPS has had some hiccups on Twitter. On Friday, The National Park Service’s primary account re-tweeted a picture comparing crowd sizes at Barack Obama’s inauguration and President Trump’s. Consequently, the Washington support office banned them from using Twitter altogether.