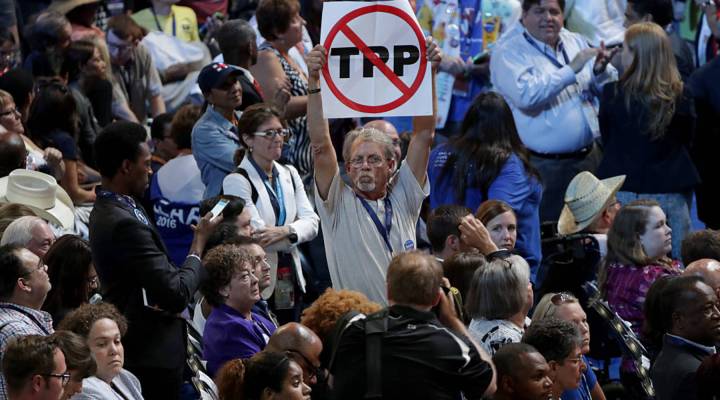 The Trans-Pacific Partnership, otherwise known as TPP, was one of the signature projects of the Obama administration.

President-elect Donald Trump has described TPP as a “disaster” and says the U.S. will withdraw from TPP in favor of bilateral trade agreements.

In the meantime, China—which was not part of TPP— is making headway in its own bid to establish a rival regional free-trade deal, called the Regional Comprehensive Economic Partnership, or R-CEP.

The TPP covered nearly 40 percent of the global economy. The 12-member bloc, would have included the U.S., Canada, Japan and several other Pacific nations.

But as President Obama put it, the deal was never just about trade.

“If America doesn’t shape the rules of the global economy today, to benefit our workers, while economy is in a position of new global strength, then China will write those rules,” Obama said.

TPP’s failure could also mean U.S. exports will miss out on preferred access to countries, such as India, China and Japan.

“Yeah, in fact that’s already happening to us,” said Jason Hafemeister, Associate Administrator of USDA’s foreign agricultural service. He says the TPP would have cut tariffs across a range of products—from beef to wine.

Without it, those tariffs remain, and the door’s left open for China to increase its influence. In fact, R-CEP is already under consideration by 16 countries in the Pacific region.

“These countries of great interest to us will be opening their markets to some of our competitors and we’ll fall behind,” Hafemeister said.

U.S agriculture stood to be a big winner under the TPP, particularly for exports to Japan, the world’s third largest economy.

Paul Rogers is a third-generation Virginia peanut farmer. The TPP, he says, would have greatly increased the market, eliminating tariffs and quotas across in key countries.

“It would also put us on a little more level playing field with China, and India, who are our two biggest competitors in that part of the world,” he said.

“I think China is gonna sweeten the deal and we’re going to be on the outside looking in.”

R-CEP, like the TPP, aims to boost trade. But many economists say R-CEP’s is more limited in scope.

Linda Lim, a professor at the University of Michigan, says the TPP went far beyond tariffs, actually changing the rules for doing business in the region.

“labor and environmental standards, stronger intellectual property rights, coverage of services as well as of goods and so on,” Lim said.

Critics point out that the TPP would have cost jobs in some countries and weakened labor and environmental standards in others.

Economics aside, some fear the biggest loss for the U.S. is diplomatic. That, in backing out of the TPP, they say, the United States has abandoned its position as a global champion of free markets.

“The reality is that the United States, for the first time since World War II, has walked away from a major, liberalizing, regional trade initiative,” said Jacob Kirkegaard of the Rhodium Group.

President-elect Trump says he’s interested in pursuing more bilateral trade deals.  He also says he’ll renegotiate the North American Free Trade Agreement, and label China a currency manipulator—all of which means, that the fading of the TPP is not the only cloud on the free-trade horizon.