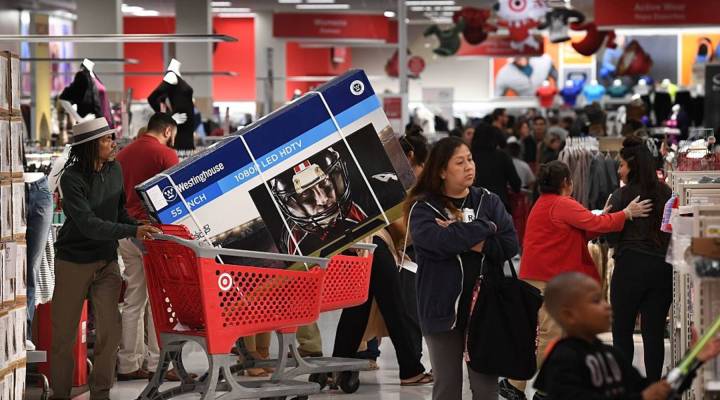 At a Target in downtown Los Angeles, Lauren Ireland exchanged a gift at the return counter just a few days before Christmas. She’s not the only one, either. Asked if a store’s return policy matters to her, she said, of course.

Target’s return policy is posted clearly behind the return cashier. The store will do “everything it can to ensure customer satisfaction” and “most unopened items returned within 90 days in new condition will receive a refund or exchange.” But that’s Target’s particular policy. Angela Hausmann, a marketing professor at George Washington University, said retailers calculate their return policies with one thing in mind.

“They don’t have to do anything when the product is not defective, based on manufacturing,” she said. “Businesses do this because of the good will that it generates with customers.”

Good will and loyalty. In a competitive marketplace, people can buy stocking stuffers anywhere. They can order them online and get them shipped to their homes. Regulators aren’t telling retailers they have to do anything to help the customer out.

“I think the biggest thing for consumers to understand is that there really are no legal protections for them,” Hausmann said. “And if they have a really stringent return policy, you’re just out of luck.”

Some people call it “renting a product.” Someone needs a drill for a day, but doesn’t need a drill all the time, so they go to a store with a liberal return policy, use the drill for a day and then take it back. Colangelo said there’s nothing a retailer can do to change consumer behavior.

“People’s behavior is very difficult to change,” he said. “There are a number of customers who are never going to take advantage of a return policy because they feel that it’s morally wrong. And then there are some people that, no matter how strict you make it, they’re going to find the loophole that allows them to get a little extra.”

But, believe it or not, a liberal return policy might lead to fewer returns. Stacy Wood, professor of marketing at North Carolina State University, did research into exactly that. She said it’s a psychological thing.

“Here’s what happens, here’s the mechanism: when consumers see a liberal return policy it’s a signal to them, a cue, that the retailer is standing behind their products,” she said. “What happens is that there’s this tricky little psychological bias that we all fall prey to, which is called confirmatory bias. And what happens is that we tend to view evidence in a way that confirms our prior expectations.”

For many customers, a liberal return policy makes them think they’re shopping at a good store. Maybe that’s why L.L. Bean is willing to take back those 15-year-old cross country skis, no questions asked.