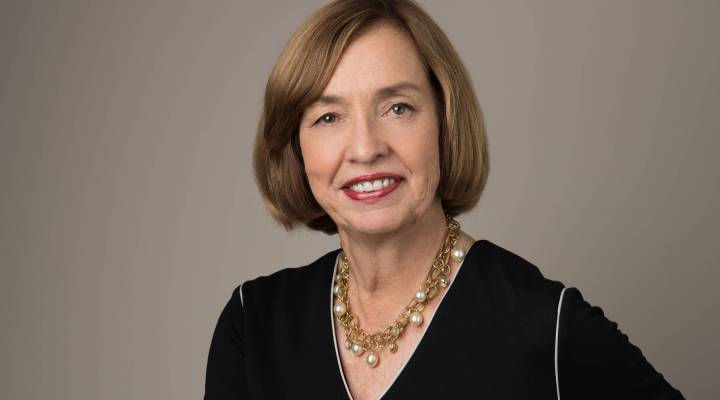 All those holiday packages that are showing up on your doorstep, or on store shelves, don’t just get there by themselves.

Logistics, the art and science of getting supplies along the chain to where they need to be — on time — is the subject of today’s installment of Conversations from the Corner Office.

Ann Drake is the CEO of DSC Logistics. Not far from Chicago, Illinois, it’s a company founded by her father in 1960 during a very different time for women in the American workforce.

Kai Ryssdal spoke with Drake about how the business world has changed for women over the years, what still needs to be done and her involvement with a movement called Paradigm for Parity, which is meant to get more women in corporate leadership positions.

On what the business culture was like when her dad founded DSC:

I never thought about going into the business ever — even as a young adult — because women didn’t do those things. So I think changing the whole paradigm around women’s business leadership is really important. It also was not acceptable for women. I remember going to a business golf outing once and, you know, it was pretty clear that the women didn’t have the same rules, same partner, same whatever as the men. We were sort of like the last folks that went out with the secretaries. I think things have changed a lot, but we need to crack through the top.

On Paradigm for Parity:

It’s a coalition of women business leaders. And what we’re focused on is a five point action plan for companies that will help them achieve women’s leadership over time and gives them a roadmap for how to begin to make a difference on the whole aspect of women’s leadership.

It’s definitely different today than it was in 1994. I think there is more acceptance of women business leaders. There was a time when I would go to conferences and customer meetings and be the only woman in the room and it was sort of lonely. When you look at the numbers at the top, C-level jobs, board-level jobs, it’s still very much a white-dominated male group, so we really want to figure out what are the real barriers. Because we’ve all worked on efforts that haven’t moved those needles much.