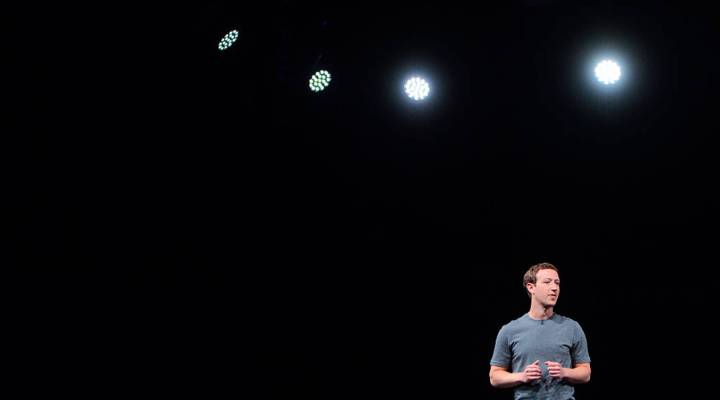 COPY
Facebook founder and CEO Mark Zuckerberg was "memorialized" on his site today, along with lots of others. David Ramos/Getty Images
Final Note

Facebook founder and CEO Mark Zuckerberg was "memorialized" on his site today, along with lots of others. David Ramos/Getty Images
Listen Now

A bunch of users — including Mark Zuckerberg himself — had their profiles “memorialized,” something that usually only happens when that user has died.

“We hope people who love Mark will find comfort in the things others share to remember and celebrate his life,” the banner said.

What happened? One theory, put forth in a report from Motherboard, is that the flood of condolences going to Clinton supporters tricked the site into thinking they’d passed.

Facebook fixed the problem after a few hours. It’s poor timing for the company, which is defending itself against allegations that hoax news stories spread on the site influenced the election.

Facebook Thursday: Fake news is not a problem
Facebook Friday: Mark Zuckerberg is dead. Your friends are dead. We are all dead.