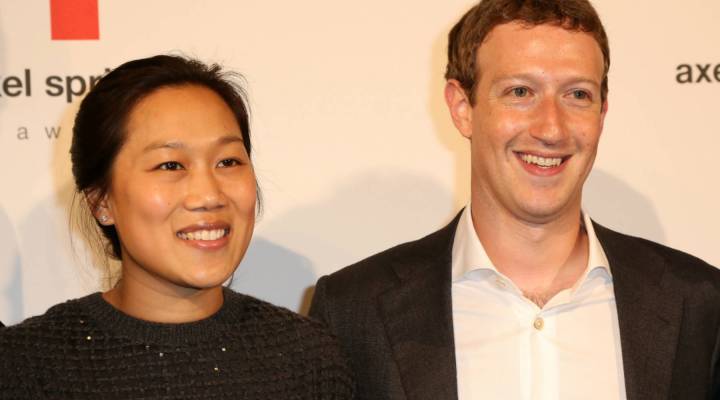 Mark Zuckerberg and Priscilla Chan's $3 billion investment is part of a larger initiative in which they plan to donate 99 percent of their Facebook stock to social causes.  Adam Berry/Getty Images

Mark Zuckerberg and Priscilla Chan's $3 billion investment is part of a larger initiative in which they plan to donate 99 percent of their Facebook stock to social causes.  Adam Berry/Getty Images

Facebook CEO Mark Zuckerberg and his wife, Dr. Priscilla Chan, took to Facebook live on Wednesday to announce they’ll put $3 billion into an effort to “cure, prevent or manage” all diseases.

It’s all part of the Chan Zuckerberg Initiative announced when their daughter was born last year — it’s a plan to give away 99 percent of their stock in Facebook to social causes. At the time that was valued at $45 billion.But the way they’re doing that is unusual: It’s structured not as nonprofit foundation, but as a private LLC that can actually support for-profit ventures.

The first step with their $3 billion health investment is putting $600 million into a research center called the Biohub, which will work on mapping human cell types and developing tests and vaccines.

$3 billion over 10 years is certainly a heap of money for an individual couple, but when it comes to medical research, it’s not as great a sum. As an NPR report on the initiative noted, the National Institutes of Health — where much of the research on curing, preventing and managing disease in the U.S. goes on today — has a yearly budget of more than $31 billion. The vision may depend in part on some real innovation happening in the labs that they create.