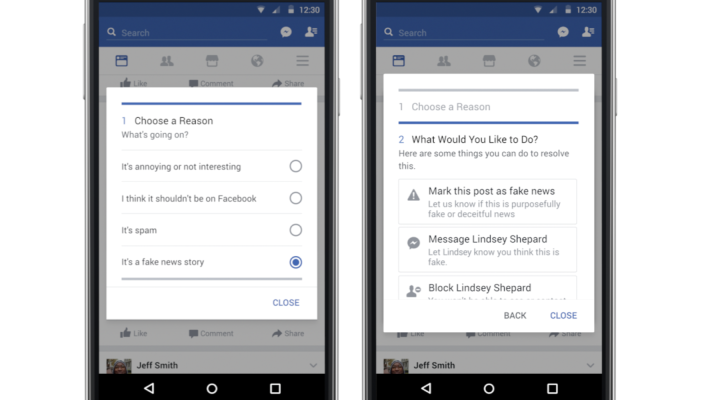 A couple of weeks ago, at the Technonomy conference, Facebook CEO and co-founder Mark Zuckerberg said it was “a pretty crazy idea” that fake news had affected the election.

Today, though, it seems like him and his company have changed their mind — a move that isn’t awfully surprising with growing concerns about fake news influencing social media users. They’ve announced the addition of new tools that will help limit the spread of made up stories — they’ll now allow users to flag stories as fake.

Facebook plans to work with “third party fact checkers” bound by Poynter’s International Fact Checking Code of Principles. When a story generates fake reports (the amount is unclear), these third party experts verify if a story is indeed fake. Consequently, flagged stories will be accompanied with a warning sign: “Disputed by 3rd party fact checkers: Before you share this story, you might want to know that independent fact checkers disputed it’s accuracy.”