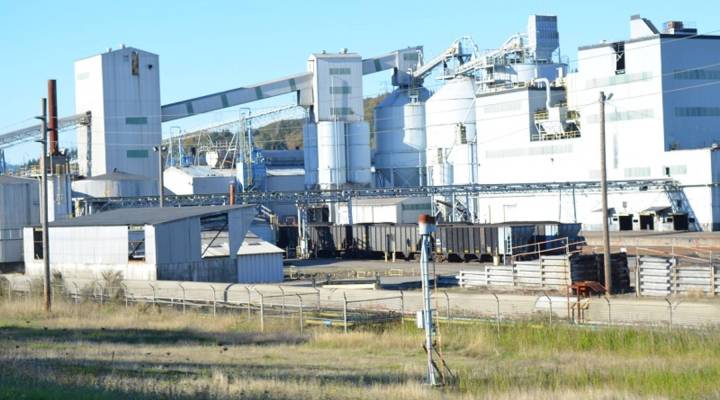 COPY
The future of the Millennium Bulk Terminal in Longview, Wash. is the subject of debate between two legislative candidates this year. Eilis O'Neil

The future of the Millennium Bulk Terminal in Longview, Wash. is the subject of debate between two legislative candidates this year. Eilis O'Neil
Listen Now

In Southwest Washington, a race is on between two candidates for the state legislature who have radically different ideas about how to bring jobs to the region. However voters come down could reverberate from Montana to China.

The debate centers around the Millennium Bulk Terminal, a 416-acre port facility on the windy banks of the Columbia River. Jim Walsh, a Republican candidate for the state House, supports a plan to turn it into a coal export terminal which, he said, would take coal from Montana and Wyoming “out the Columbia River and out into the ocean and to other places in the world, including Asian markets.”

Regulatory agencies rejected five coal export terminals proposed for western Washington and Oregon due to concerns about air pollution and fish habitat. The Longview proposal, the sixth, is the last one on the table. Walsh said, if he were elected, he’d urge regulators to approve the plan soon in order to bring much-needed jobs to Southwest Washington.

“If we can start generating some activity, that’s how we get up off the floor and onto our knees and then onto our feet,” he said.

The unemployment rate in the city of Longview is 7.6 percent. That’s higher than the state average, which is about 5.5 percent. The coal terminal would have jobs for 130 people.

But Democrat Teresa Purcell, Walsh’s opponent, said she’d like to see “another type of industry that will create hundreds of more jobs than the coal terminal is.”

Her idea is to clean up the Millennium Terminal in order to attract a company that would manufacture cross-laminated timber, which is made by gluing wooden planks together at right angles.

Candidates have a different vision for the future of the Millennium Bulk Terminal in Longview, Wash.  One sees a future in coal; the other, timber.

That would mean more manufacturing jobs and more jobs for lumberjacks, she said, explaining that “cross-laminated timber is widely used in Europe, and it replaces steel and concrete in structures, in buildings. It’s something that could be used in schools and in affordable housing and in private sector development.”

So this election is a chance for voters to weigh in about whether they want to tie their future to timber or coal.