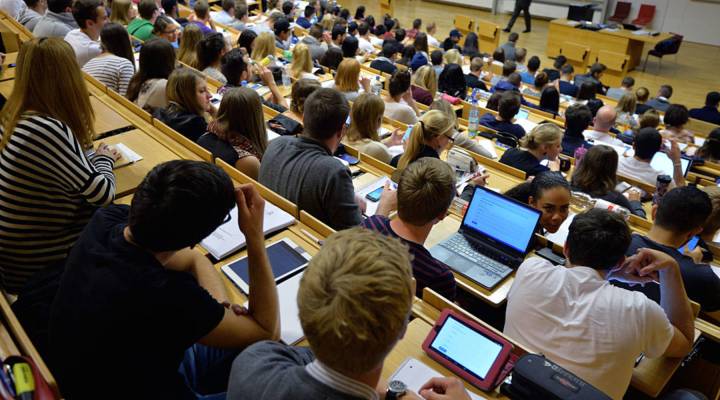 The more financial aid students lose, the more likely they are to drop out of college, according to a study released today.

EAB, an education research firm, analyzed the correlation between success and financial aid for more than 40,000 students at three universities. The EAB’s findings included:

How well a student performs academically also matters, according to the study. Even the slightest drop in financial aid may mean a high-performing student was more likely to drop out:

The group of students who had between 2.0 and 3.0 GPA accounted for 45 percent of dropouts, but Ed Venit, senior director at EAB, said more research is needed to determine which students within this specific group were more likely to leave.

“Our research shows that monitoring changes in financial aid is another tool schools can use to determine where they should focus limited resources to improve student success,” said he in a press release. Among this group of students, what EAB could determine was:

EAB’s findings probably don’t come as a surprise to students who feel the burden of rising college costs, or to those working in education. In September, the U.S. Education Secretary John B. King, Jr. highlighted the importance of funding for college students. He made a push to streamline the FAFSA process in hopes of reaching the students who are eligible, but slip through the cracks.

“Our hope is that by making the process simpler, folks who should be getting aid will be able to take advantage of those opportunities. We know college remains the best investment one can make in one’s future,” he said in September.