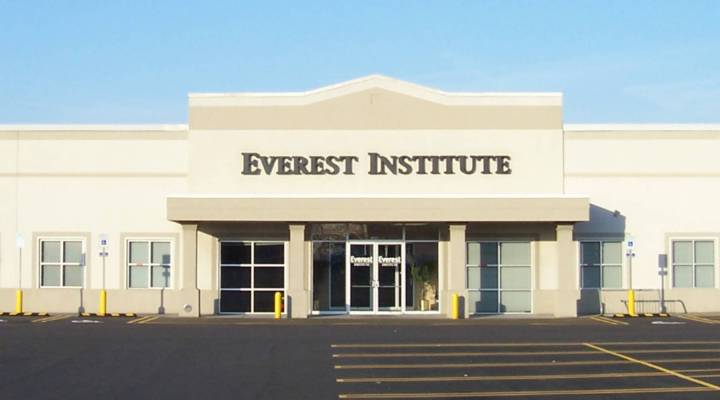 The U.S. Department of Education has stopped recognizing the largest accreditor of for-profit colleges, citing numerous regulatory violations. The Accrediting Council for Independent Colleges and Schools had given its stamp of approval to now-discredited schools such as ITT Tech and Corinthian College, among others.

Robert Kelchen, an assistant professor for higher education at Seton Hall University, said there are hundreds of schools still accredited by ACICS.

“Within 18 months, all these colleges have to find a new accreditor, or the students lose their federal financial aid,” Kelchen said. There are billions of dollars in aid for hundreds of thousands of students tied up in for-profit colleges, many of which rely on federal aid for a large chunk of their revenue.

Christine Lindstrom, the higher education program director at the U.S. Public Interest Research Group, said many of the schools that received accreditation through ACICS will struggle to find another organization to validate them, and some will likely go out of business.

ACICS has appealed the decision, calling the department’s conclusions “arbitrary” and “capricious.”