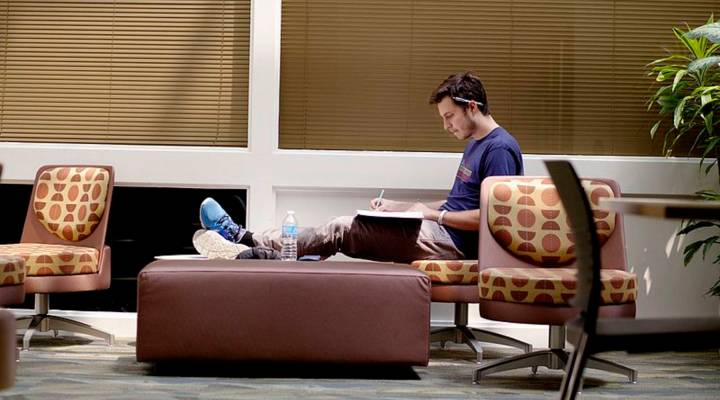 ITT Tech, the for-profit college that has been the center of government investigations and lawsuits for years now, announced today it is closing. In a statement, the company blamed sanctions by the U.S. Department of Education freezing financial aid for students. Effective today, ITT said it cut most of its 8,000 employees. On top of that, about 40,000 students are scrambling to figure out what to do next.

The kiss of death for ITT Tech was when the government recently banned the for-profit school from enrolling new students with federal financial aid. Now that the school is closing, students could seek to cancel $500 million in federal loans.

“So the amount of damage that this company appears to have done is very worrisome,” said Stephen Burd, senior policy analyst at New America. He said ITT’s closing was abrupt — way more sudden than for-profit Corinthian College’s closing for the same reasons last year.

“I’m sure that there are lots of students who have no idea what they’re supposed to do at this point,” he said.

The students have two options. One: keep paying their loans and transfer their credits somewhere else. But even ITT said it’s unlikely other schools will accept ITT credits.

Or they can seek to have the loans wiped out through the government’s “closed school” discharge. But Luke Herrine, legal coordinator for the Debt Collective, which helps students get debt relief, said if Corinthian was any indication, the government isn’t eager to do that.

“In the past, department officials were literally on Corinthian campuses telling students to enroll in places like ITT Tech,” he said.

“My feeling is that over the next several years, we’re gonna see a lot more schools close,” he said.

That’s because ITT and other for-profit schools depend on federal student aid for almost all of their revenue.

A bankruptcy with plenty of parking spots