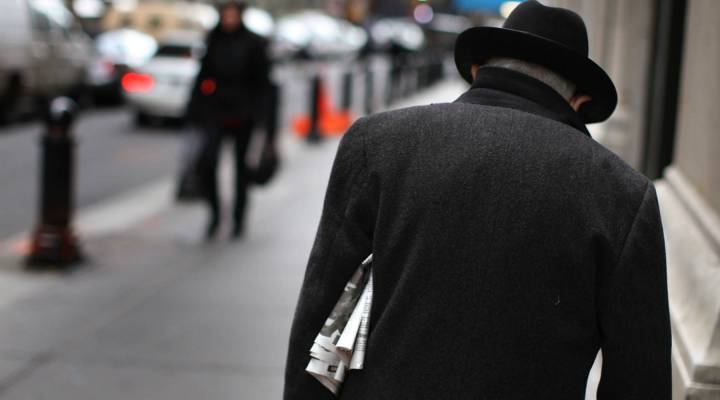 The latest Marketplace-Edison Research Poll shows that anxiety has increased despite the fact that 37 percent report that their personal situation has improved since last year.

This is somewhat counterintuitive given that we’re several years into a wide-ranging economic recovery, albeit one characterized by slow growth.

Diane Lim, an economist at the Committee for Economic Development, said recovery or not, people are also worried about their future economic security.

“You know, you can be feeling short-term better off than you did a few years ago, and yet still feel very uncertain and anxious about whether this will last,” Lim said.

Lim did note that unemployment is down, wages are trending up. But, when asked, many people have a lingering fear that structural changes to the labor force could just come along and wipe out their job and others.

“What will happen to jobs that are increasingly being automated?” Lim said. “What about people who work for industries where a lot of the work is being off-shored?”

Nikki Hayes, of Cheverly, Maryland, is among those who are better off on paper, yet still quite anxious about the future.

As an IT consultant in the health care industry, her salary has gone up steadily over the past three years.

“I have a decent job, I would say, thankfully,” Haley said as she put her two small dogs out in her back yard.

Her fear however, hinges on the fact that more companies are relying on contractors like her.

“As a consultant having a contract with a corporation, if the economy starts to tank, the first they’re going to cut are their consultants,” she said. “You know, you keep your full-time people and you cut your consultants off.”

Even though her salary has gone up, so to have her costs, particularly the medication she takes for her asthma. Which used to cost $30, but now under her new policy through Obamacare, it’s 10 times that.

In addition to health care, there are also things like retirement savings and increasing partisanship which are weighing heavily on the minds of survey respondents.

This makes sense said Damon Jones, an economist at the University of Chicago. Oftentimes our own personal sense of economic security extends well beyond our bank accounts.

“I may have a steady job, but I don’t feel good about the rest of the economy,” Jones said. “The things I see and what I hear are that other people aren’t doing as well.”