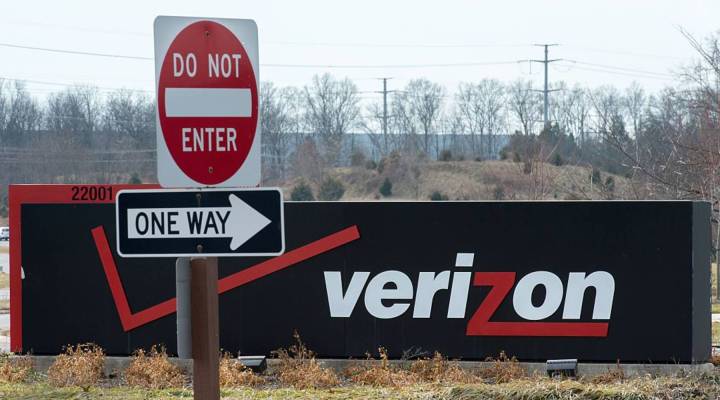 Verizon announced in July that it was buying the core operating businesses of Yahoo for $4.8 billion. Then, in September, Yahoo disclosed to the public— and Verizon — that it had suffered a massive data hack back in 2014, affecting approximately 500 million user accounts. (The full extent of the hack, and who might have orchestrated it, is still being investigated.) On Thursday, Verizon’s top lawyer, general counsel Craig Silliman, told reporters “we have a reasonable basis to believe right now that the impact is material.”

Those words — “the impact is material” — can have specific ramifications in the lead-up to a corporate merger’s completion, explained professor Erik Gordon at the University of Michigan Ross School of Business.

Gordon said the parties in a merger often include a “material adverse change,” or MAC, clause in the contract.

“In these big deals, the buyer wants to be sure it’s getting approximately what it thought it was getting,” Gordon said. “The Yahoo-Verizon contract is 92 pages long. Even in 92 pages, they can’t cover everything. So they put in this catch-all clause: If there is a change in the seller’s business and the change is material, the buyer can get out of the deal.”

Ali Mogharabi, an equity analyst at Morningstar, said the scale of the data breach disclosed by Yahoo in September certainly poses a risk to the company’s image among consumers.

“It’s huge, there’s no question about it,” Mogharabi said. “Will users be as confident accessing Yahoo web properties? Could this slow down the user growth of Yahoo once it’s in the hands of Verizon?”

However, blocking a merger at this stage can be difficult. In an email, mergers and acquisitions and antitrust expert John Coffee at Columbia Law School wrote: “The Delaware case law has seldom permitted a company to back out on the ground of a material adverse change.” Verizon is incorporated in Delaware. “I am just saying that it is hard, not that it is impossible.”

Erik Gordon agreed that “the Delaware court doesn’t like these clauses. It has to be a pretty big change, and not a temporary blip — a one- or two-quarter decrease in the seller’s earnings.”

Scott Kessler, an internet-sector equity analyst at CFRA, said he doubts that Verizon actually wants to walk away from the deal in any case. He said Yahoo’s well-known web properties and services are still valuable to Verizon, and will create synergy with the company’s existing businesses.

Kessler believes Verizon has raised the “material adverse impact” issue at this point because of the uncertainty and unanswered questions still swirling around the data hack itself, and to gain financial leverage as the deal goes forward.

“Verizon is in a position to essentially get a better price or better terms,” Kessler said. Mogharabi agreed, saying Verizon might end up paying as much as 25 percent less than the $4.8 billion it originally promised for Yahoo.