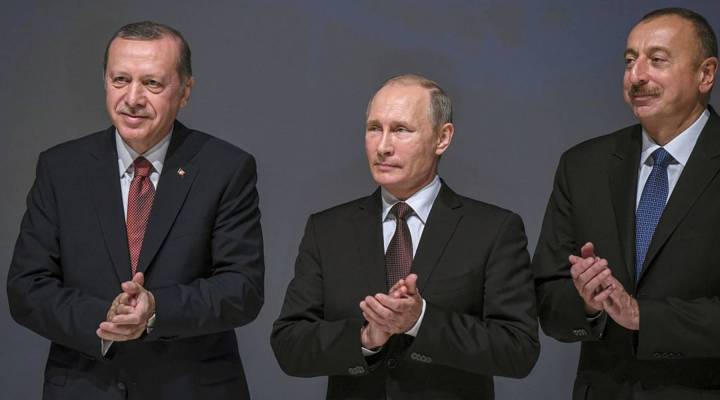 Russia and Turkey don’t agree on much, especially when it comes to international relations. But the two governments reached a deal this week on the construction of a pipeline on the bed of the Black Sea that would give Russia more access to western Europe and allow Turkey to get gas on the cheap.

Right now, Russia sends most of its natural gas through Ukraine, which has repeatedly increased transit tariffs on gas. So Russia has been trying to get around Ukraine for years — and the TurkStream pipeline would help make that happen.

David Goldwyn is the president of Goldwyn Global Strategies and a former special envoy  for international energy at the U.S. State Department. He said the hurdle now is price; Turkey and Russia must agree on the cost of the gas to come through the new pipeline, and that’s been a sticking point in the past.

“They have ended up in international arbitration,” Goldwyn said. “So this is not a done deal.”

That’s not the only problem; last November Turkish jets struck down a Russian war plane near the Syrian border and since then the two sides have mostly stopped talking. At this point, any agreement between Russia and Turkey would be a very important geopolitical event.

Henri Barkey, director of the Middle East program at the Wilson Center, said the TurkStream deal is less about energy policy and more about geopolitics.

“The objective here is not the pipeline,” he said. “The objective is to show that Turkey and Russia can get along — especially after a very rough patch. And if a pipeline gets built out of this, fine.”

What’s important here, said Barkey, isn’t as much providing power to Turkey and Western Europe as it is showing political power to the rest of the world.