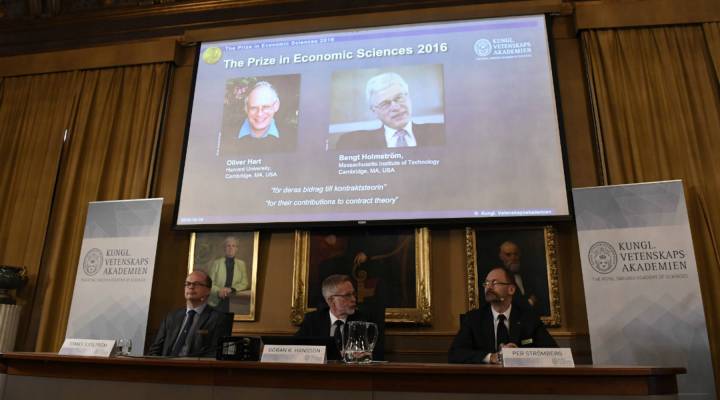 How do you get the most bang for the buck?

It’s a question we all ask ourselves.

And today the two were awarded the Nobel prize in economics for their work in the field more formally known as contract theory.

Whether it’s an agreement between a business and its supplier, an employee and her boss, or a city and IT contractors, Holmstrom and Hart’s work applies to most aspects of our lives especially as it applies to companies and government, said UC Berkeley professor Steve Tadelis.

“Just as General Electric has to decide how to compensate their employees, the same is true for the city of New York, where they have to decide, ‘What should we actually provide as our own service and what should we buy from contractors?'” he said.

Tadelis said getting value primarily comes through the nitty gritty of contracts and how organizations structure themselves.

Holmstrom and Hart have developed mathematical models that can help industry and the public sector.

“People have taken these tools to write rigorous research that aims at helping firms and governments see the problems that they’re grappling with in somewhat of a refined and robust light,” he added.

He said it’s difficult to get public and private data to test how well these theories work in the real world.

However, Tadelis said research suggests when City Hall or a corporation contracts based on these models,  groups get more bang for the buck.

This story has been updated to include more complete information.