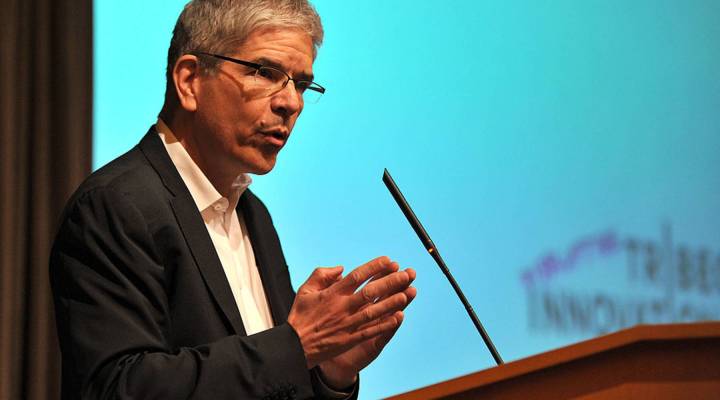 It’s rare one uses the words gossip or gossipy in conjunction with economics — except maybe around Nobel Prize time. Which, as it happens, we are.

The winner of the Nobel in economics will be announced on Monday. One of the people perennially on the shortlist is Paul Romer, professor of economics at the Stern School of Business at New York University.

If he wins, he’ll be the toast of the economic town. But there’s a bit of a hubub in the dismal science lately over a paper he wrote that’s probably not going to win him any prizes.

Romer, also newly appointed chief economist at the World Bank, recently wrote “The Trouble With Macroeconomics.” Kai Ryssdal spoke with Romer about his thoughts on the current state of macroeconomics.

On what he thinks is wrong with modern macroeconomics:

Here’s the real sign of the disconnect: In the market, everybody is very focused on whether or not the Fed is going to raise interest rates, and they think that’s a big deal; it’s going to have a lot of implications. In macroeconomic theory, there is this argument that what the Fed does has no effect on unemployment, no effect on investment, no effect on the rate of GDP growth. It’s just — it’s really an absurd statement, but it’s kind of almost like angels on the head of a pin: “I don’t believe monetary policy matters and you can’t make me.”

On why macroeconomists matter:

What happens at the Fed, what Janet Yellen and the other people decide there, what happens in central banks in other parts of the world is very important. This can make the difference between a high unemployment rate, a slow recovery or a more rapid recovery. So it’s important that the people making those decisions do it based on the best evidence and the best reasoning. And what we’re getting from the universities right now is not reliable. It’s worse than noise; I think it’s totally off base.