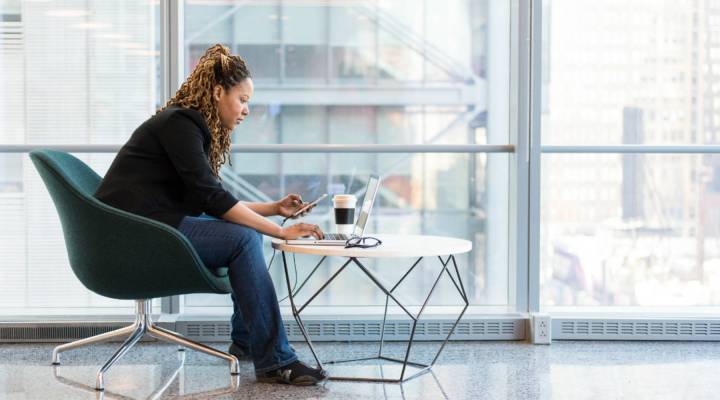 COPY
Women of color account for three percent of employees at the senior executive level, the study found. Flickr/WOCinTech Chat

Despite some modest progress in the last few years, women are still underrepresented in the workplace, according to a new joint study from the nonprofit Lean In and the consulting firm McKinsey & Co.

The study found that the proportion of women relative to men declines at every step of the corporate ladder. Women receive less access to leadership opportunities, face more pushback during workplace negotiations, and are less likely to receive feedback and guidance from senior leaders.

Alexis Krivkovich, partner at McKinsey and lead researcher of the “Women in the Workplace” study, joined us to talk about the findings.

On the early setbacks women face:

We’re seeing that corporate America is still quite far behind when it comes to gender parity in this country, and in particular that women are falling behind early. It’s those first promotions that are really holding them back, and they continue to lose ground at every step.

On how gender disparity affects women of color:

It’s absolutely especially acute for women of color. We see that early on, women of color are represented relative to their position in the U.S. population, but by the C-Suite, they’re virtually not present. We only see 3 percent of them at the senior executive level.

On what researchers discovered about early promotions in terms of gender:

Well, this was really surprising to us because we would expect that first promotion as a point where women and men are perhaps facing the most equal experiences, both in the workplace and in the home environment. It’s also where we tend to see most of our youngest generation and millennials, and a lot of people expect to see a lot of change there. And unfortunately, what we found in the research is really the reverse, which is that for every 100 women that are promoted at that first entry-level to manager, 130 men are. So women are falling behind quite acutely at that very first step-up moment.

On women not receiving workplace feedback at the same rate as men:

The encouraging piece is that men and women both state that they’re asking for and they’re interested in feedback at the same rates. But women are stating that they don’t receive it nearly as often. They’re in fact 30 percent less likely to get monthly input. And when it comes to difficult and critical feedback, while managers think that they’re giving it to the same degree to men and women, women are saying they’re not receiving it at the same rates. And that’s a real problem when you think about the input you need to really elevate performance over time.