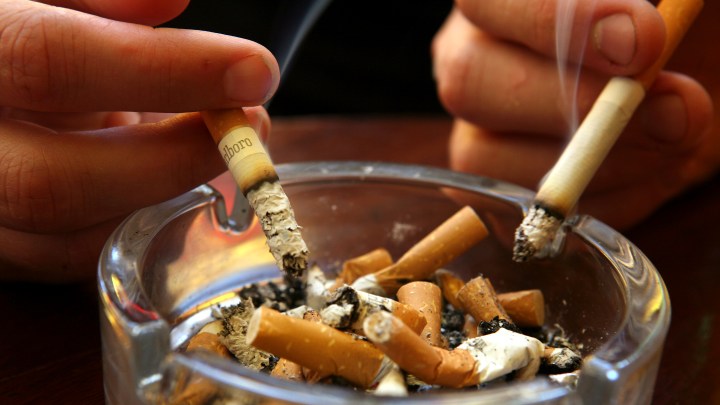 The old boys’ club is alive and well in corporate settings, according to a new paper from the National Bureau of Economic Research. Scholars from Harvard and UCLA found that men at an anonymous financial firm were promoted faster when they were transferred to male bosses.

The effect was even more pronounced when the employee and boss were both smokers.

Smoke breaks with the boss can put workers on a career fast track — not because of the nicotine, but because of the face time, according to report co-author Zoe Cullen of Harvard Business School.

“We think of it as just one small part of overall social interactions and how they affect how employees perform,” she said.

While the effect of taking smoke breaks together was easy to measure, she said the effect holds for lots of other types of social interactions: drinking, golfing and even surfing.

When Jesse Smith was supervising recreation programs at the University of California, Santa Cruz, he had a hard time with his boss. Then they discovered a mutual love of catching waves at lunchtime.

“We just called them board meetings,” he said. “It’s the only time that ditching work to go surfing actually improves your standing at work.”

In short, schmoozing works. And it seems to work particularly well for men, according to the study. It found that male-to-male social advantage accounted for a third of the gender disparity in promotions at the financial firm it examined.

It wasn’t the same for women with female bosses, who spent less time together than their male peers.

Laura Kray, a social psychologist at University of California, Berkeley’s Haas School of Business offered an idea why: “Women are putting in more time into taking care of domestic duties, so it certainly does leave less discretionary time for schmoozing.”

And, Kray said, that’s even after taking into account the extra time many women feel they have to work in order to get the same recognition as men.