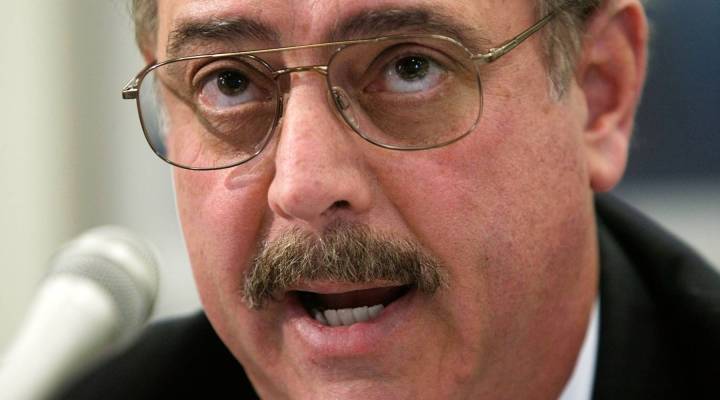 The presidential debates start next week, and voters have become more and more interested in each candidate’s plans for their potential terms in the White House.

One of republican nominee Donald Trump’s economic advisers is Daniel DiMicco, he is a retired chairman and CEO of Nucor Corporation and senior trade adviser for the Donald Trump Campaign. DiMicco spoke to Marketplace host Kai Ryssdal about Trump’s economic policies, NAFTA, and what he plans to do if he takes office. Here are some interview highlights:

DiMicco: The idea would be to replace with another agreement that was more favorable to this country and to our workers and to our domestic based manufacturers. And no one’s ever gone back and said “Hey, let’s re-negotiate until now because—and they should have, because it has not worked out in our favor. And you’ve heard just recently about, you know, United Technology is moving a couple jobs down there and Ford is going to move all its small car production down there.

Ryssdal: So, let me stop you right there, sir, and on the Ford issue, Ford has said it’s not going to lose any jobs in the United States because of that deal. And that what it’s going to do is make higher-margin trucks at the plant in Detroit where it’s no longer going to make those small cars. The question, though, is: what is Donald Trump going to replace NAFTA with? Because negotiations go both ways, right? And if Mr. Trump wants to be harder with Mexico, then Mexico, in theory, would say “Well, no. That’s not in our interests.” So, again: what will Mr. Trump replace NAFTA with?

DiMicco: Well, first off, it will be in Mexico’s best interest to renegotiate the deal, but if what you’re saying is that everything goes bad, there will be no NAFTA.

Ryssdal: And then there will be, what, 35% tariffs?

DiMicco: There’s plenty of trade that goes on between nations that do not have trade agreements the United States and Japan is a good example. So, the issue that there has to be a NAFTA is not true. But that doesn’t mean that Mr. Trump doesn’t want to have NAFTA. He just wants to have one that works for us as well as it works for Mexico.

DiMicco: Mr. Trump’s entire economic plan, including his trade policy, along with taxes and regulatory reform, and energy development, all those working together, are designed to increase our global competitiveness. So that when a Dan DiMicco, CEO of NuCor, looks around and says “Where am I going to build my next steel plant?” I’m going to say “Jesus, you know, everything is set up for me to do it right here, I don’t have to build it someplace else. I can build it here in the United States.

On Manufacturing in the US:

Ryssdal: So, let me understand what you’re saying. As Mr. Trump has said, “What we want to do is get back to old line manufacturing jobs in this country. We want to bring back the steel and the coal—

DiMicco: It’s not old line. Old line is your terminology. The steel industry is one of the most modern, innovative industries in the world. We employ all the technology that all the tech companies have developed. They include, not only 30% of the steel industry that has disappeared in this country, but the aluminum industry, the glass industry. It’s not a question of bringing buggy whips back. That’s not what we’re talking about. We’re talking about bringing back current industries and current manufacturing that’s being done around the world instead of here.

Correction (Sept. 26, 2016): The text has been updated to correct the name of a company referenced by DiMicco.