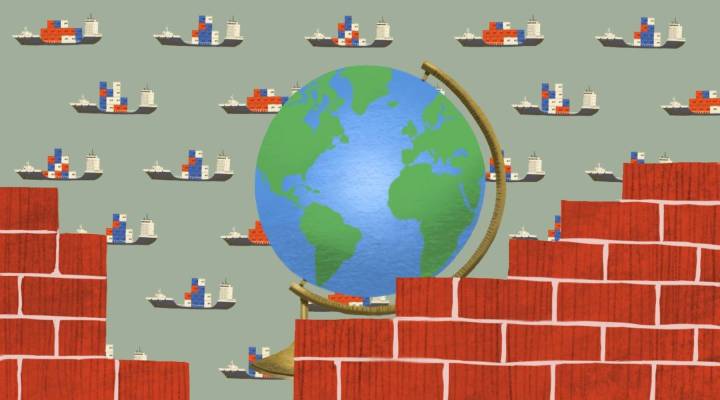 Ken Garduno, Illustrator
Trade Off: Stories of Globalization and Backlash

Over Labor Day weekend the Marketplace Sustainability Desk is taking over the Marketplace Weekend show, for a pop-up hour on global trade. It’s part of our series called Trade Off, which looks at the ways globalization has helped and hurt individuals and economies. Backlash against increased globalization is all over news headlines: President Trump’s call for the U.S. to a build border wall, the U.K. leaving the European Union and the new NAFTA negotiations being a few key examples.

But globalization plays out in everyday life, in ways that don’t get mentioned as often on the political stage.

For you, globalization might mean a pair of cheap shoes, access to the internet, or the chance to travel or work abroad. Perhaps you or someone you know got laid off from a job, and it seems to be due to competition from another country.

On the flip side, you may have gotten into a new industry because global markets make for new customers and businesses.