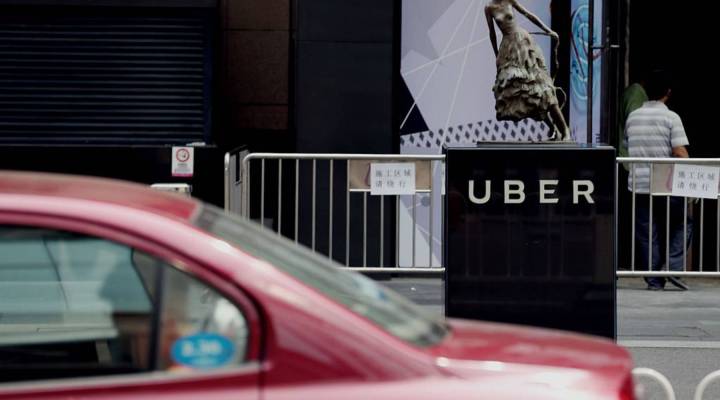 COPY
Uber has been trying to boost their profitability by cutting rates for drivers over the past three years, while also offering incentives to bring new people in on the front end. STR/AFP/Getty Images

Uber has been trying to boost their profitability by cutting rates for drivers over the past three years, while also offering incentives to bring new people in on the front end. STR/AFP/Getty Images
Listen Now

Most of the headlines today are about Uber’s rollout of semi-driverless cars in Pittsburgh, but the company is still a long way off from making its drivers obsolete. In fact, in many cities it can’t find enough of them.

“You know, because there really is a limited number of people willing to do this type of work,” Harry Campbell said, creator of  the popular blog, The Rideshare Guy.

He said Uber has been trying to boost its profitability by cutting rates for drivers over the past three years, while also offering incentives to bring new people in on the front end.

“In places like Los Angeles, Uber and Lyft are competing very heavily with subsidies for drivers with bonus pay and promotions and all these things,” he said.

In Los Angeles, Campbell notes that Uber is offering $700 double-sided bonus for new drivers and the person who refers them. Elsewhere in Seattle, Lyft is offering $1500. But don’t let that fool you, he says, most drivers are still making between $10-20 per hour.

Meanwhile, other, more niche companies are threatening to suck even more drivers out of the supply chain.  Kimberly Toonen is the CEO of See Jane Go, a new rideshare service launching today in California, which offers rides for women, by women.

“We wanted to come out of the gate in Orange County with 400 drivers and we have well over double that,” Toonen said.

There are currently some 600,000 people who drive for Uber, about half of which leave after one year, so the churn is huge. Lyft has roughly half that, and Lyft’s Adrian Durbin says they work hard to keep them.

“We believe that we treat drivers better,” he said, “and by treating drivers better we will win the battle to attract and retain our drivers.”

Durbin says Lyft allows tips for drivers, which are a big hit. Uber does not allow tips through it’s app, but does permit drivers to accept tips in California and Massachusetts.

For its part Uber has also rolled out plans to subsidize car leases for drivers, as well as access to retirement savings accounts and ad-free music with Pandora. 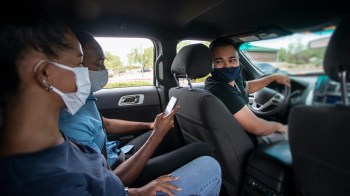