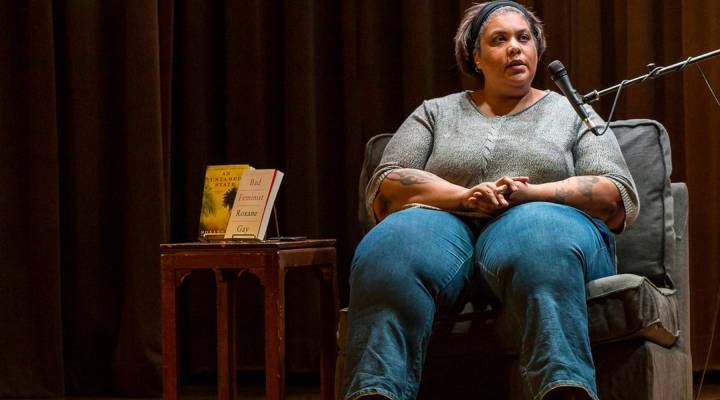 No matter who you are, you’ve probably had a rough day at the office that changed your perspective, or maybe you made an impulse purchase you really, really wish you could take back. This week, author Roxane Gay took our money-inspired personality questionnaire.

Roxanne Gay is the author of “Untamed State” and “Bad Feminist,” and the forthcoming “Difficult Women” and “Hunger.”

In my next life, my career [would be], kept woman?

Has it been getting any easier?

No, it has not necessarily been getting easier, but I am getting more used to it.

Oh, the iPad Pro. I never use it, and it really is very, very big, and that’s what she said. It’s just so large, and when I’m holding it, it barely fits in my hands. True story. It’s not practical. I mean, sometimes you just need something to be just a normal size.

When did you realize that writing could be an actual career?

Oh, I don’t know, but I’ll let you know when I do find that out. I think in the past five years. I mean, I’ve always known it can be an actual career, but it was really, I think, about five years ago, when I was 36, that I realized that you can cobble together a reasonably good life as a writer.

Do you remember the first time you got paid to write?

The first time I got paid to write was for an erotica anthology when I was in my 20s, and they paid $50. Now I just take those same stories and publish them in literary magazines.

What advice do you wish someone had given you before you started writing?

How do you think you handled criticism when you first started?

Not very well, and I handle it the same way now, like “you are a trash and you don’t deserve to exist.” No, when I first started out, you know, I took it really personally, of course, because writing is often times personal, and the deeper that I’ve gotten into my career, I still take it personally. But I have I have learned and continue to learn how to really hear what’s valuable in that criticism so that I can become a better writer and thinker. I’ve also learned which criticism are not so much about me but about the person who wrote the criticism and knowing when to just make that distinction and ignore what that person has to say.

Do you think that you’re pretty good at giving criticism?

I’m very good at it. No, I teach, and I teach creative writing, so you have to learn how to give criticism, and I do think I do it well, because with a background in teaching, I remember, I try to remember anyway, that you want to make someone better. You don’t want to tear them down.