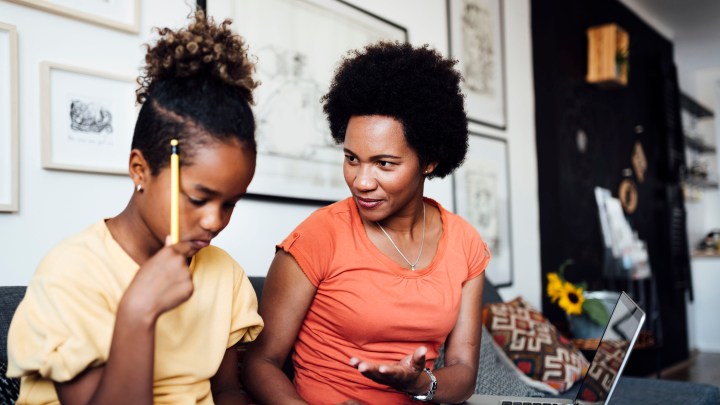 COPY
A new Indeed survey conducted in December finds that women, who were already more reluctant than men to push for higher pay and better jobs, are now even less likely to advocate for themselves. Brothers91 via Getty Images
COVID-19

A new Indeed survey conducted in December finds that women, who were already more reluctant than men to push for higher pay and better jobs, are now even less likely to advocate for themselves. Brothers91 via Getty Images
Listen Now

International Women’s Day is a fitting time to acknowledge that the pandemic has been a very difficult time for women as workers, wage-earners and caregivers.

Women’s labor force participation has fallen to a more-than-30-year low as millions of women have been laid off, or quit to care for family members. Women’s child care and home-schooling duties have risen more than men, up more than six hours a day.

A new Indeed survey conducted in December finds that during the pandemic, women are less likely than men to ask for higher pay or promotions. The Indeed Hiring Lab surveyed women and men about how willing they are to approach their boss for a raise or promotion. (Full disclosure: Indeed is a “Marketplace Morning Report” underwriter.)

“Women, now during the pandemic, were less likely than men to feel comfortable asking for those types of benefits,” said Indeed economist AnnElizabeth Konkel, author of the report.

“Women may be feeling that they aren’t able to put in 100% at work right now,” she said. “And given that women often feel they have to over-perform so that they can ask for that pay raise or promotion, they’re just not comfortable having that conversation with their boss.”

And while working from home is better than being out of work, all that isolation makes things more difficult, said Leigh Thompson, a professor of management and organizations at the Kellogg School of Management at Northwestern University who specializes in negotiation.

“We don’t have a lot of those impromptu meetings for not only building cohesion, but acting as sounding boards and mentors for one another,” Thompson said.

She said that is the type of personal support women typically rely on to help them advocate for the advancement of their careers.