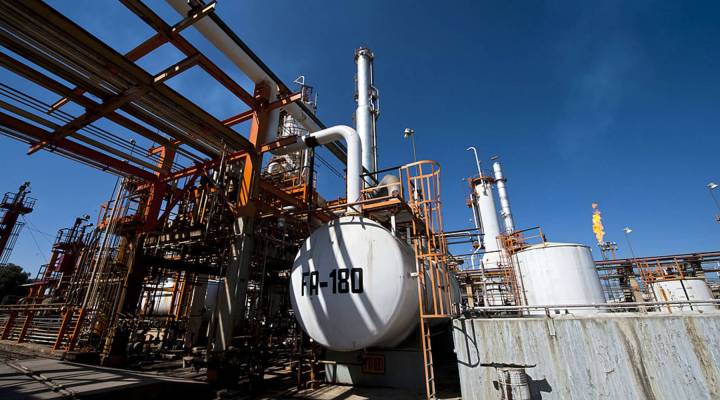 Another big oil discovery has come in West Texas, a place where the oilfields once were assumed to be tapped out. It could be one of the biggest finds in years. The drilling company Apache Corporation said it discovered more than 2 billion barrels of oil and a whopping amount of natural gas: 75 trillion cubic feet.

There are still questions: How much can Apache get out, in an affordable way, in what time frame? Still, it strikes many analysts as an unpredictable find. With oil prices low, many oil companies are cutting back exploration budgets. And in this case, Apache found oil and gas where others in the industry were not looking.

“The activity’s on the other side of the county, near the river, near the Pecos River,” analyst Pearce Hammond at Piper Jaffrey Simmons said. “And so I find it intriguing that they were able to block up this much acreage really underneath the nose of the industry.”

It’s a boom-bust industry that often surprises, particularly when it is assumed dead. The area known as the Permian Basin experienced a boom town heyday in 1923, then cratered in the 1960s. Fortunes swung up and down in the early ’80s, and now it’s enjoying yet another renaissance. The Permian may outpace other big basins in the U.S., including the Bakken in North Dakota and the Eagle Ford in south Texas.

“I think it has by far the most running room,” Andy McConn, Wood Mackenzie senior analyst, said. “Eagle Ford and Bakken are also large plays with lots of potential. But if you want to talk about long-term potential, real big numbers, Permian probably takes the cake.”

An oil field can have nine lives because the know-how to find oil and get it out keeps improving. This is something “peak oil” theorists may not have foreseen. In the 1950s, Shell Oil geologist M. King Hubbert predicted that output in the continental United States would stall and then fall starting around 1970.