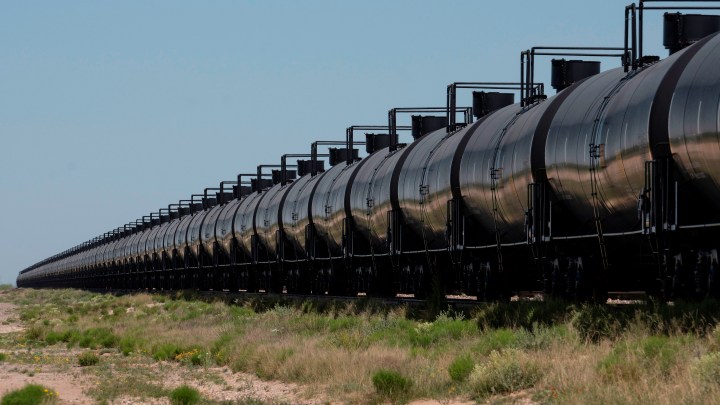 When oil prices were over a $130 a barrel in 2008, investors with little experience in oil and gas tried to get in while it was hot.

“You know the old joke about the doctors and lawyers putting money into it,” said Michael Lynch, a distinguished fellow at the Energy Policy Research Foundation. “People really became irrationally exuberant and threw a lot of money at it. People bought into a lot of high-cost production that they shouldn’t have done.”

Because the technology was new and innovation was happening daily in the early days of the shale revolution, he said, many companies developed specific expertise.

But Joseph Triepke, partner at Lium LLC, an energy industry research firm, said the sector has matured, the economics have deteriorated and many companies are overleveraged.

“And so all those things kind of add up where it does make sense for this industry to consolidate,” he said. “Deleveraging is badly needed, and [mergers and acquisitions] provide a vehicle to do that.”

On Monday, Diamondback Energy agreed to buy West Texas’ QEP Resources in an all-stock deal worth about $2.2 billion. It’s the latest in a string of mergers and acquisitions in the oil and gas industry as a result of low oil prices brought on by the coronavirus pandemic.

The industry is also preparing for an incoming Biden administration that could be harder on oil and gas than its predecessor. Energy companies are already trying to become more sustainable, but Alex Beeker, principal analyst at Wood Mackenzie, said those reforms may fade unless they’re also profitable.

“I think we’re still kind of on the cusp of seeing companies go out of their way to employ a technology that is good for the environment that maybe hurts the bottom line,” he said.

When that day comes, Beeker said that could signal a real pivot for the future of energy production in the U.S.