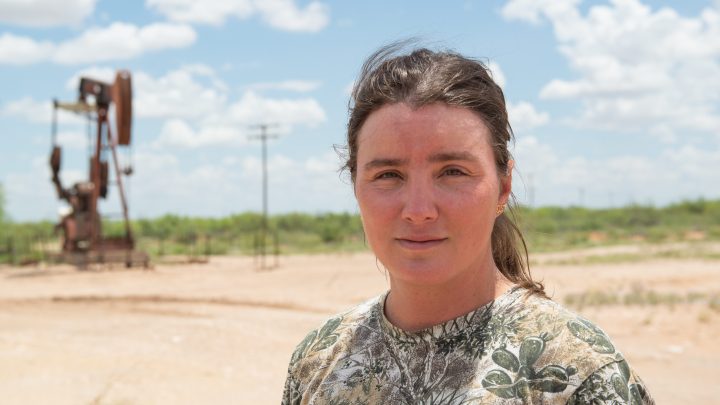 Across the country in oil-rich states like Texas, California and Pennsylvania, there are millions of abandoned oil and gas wells that once fueled the nation. Now, many are dormant after being plugged with cement.

At one ranch in West Texas, a decommissioned oil well started gushing toxic water. That’s left the rancher who owns the land fighting with an oil company and has raised questions about the safety of her drinking water.

Driving through her land in Crane County, Texas, Ashley Watt points out rusting pumpjacks and other remnants of the aging oil field dotting the ranch where her family has raised cattle for decades.

“My legacy is tied to this land,” she said. “This is where I scattered my mom’s ashes, my dad’s ashes. There’s literally blood and sweat and tears that are in this.”

This summer, Watt had to move the approximately 600 cattle off her land when a nearly 70-year-old oil well called the Estes 24 was discovered leaking toxic water believed to be from past oil production.

“With the Estes 24 blowing out at the surface, that’s pretty much been my life,” she said.

The well was originally plugged with cement and abandoned by Chevron in the ’90s. The company took responsibility for the recent leak and sent workers to replug the abandoned well, which ended up taking nearly three months.

Even though crews eventually were able to stop the leak at the surface, Watt still had questions. Her biggest fear is the Estes contaminated the groundwater that she and her livestock drink.

“We generally don’t test our water out here. So what have we been drinking?” Watt said.

Water samples taken from a freshwater well on Watt’s land showed the water is safe to drink, according to Chevron. Specifically, the company said testing found hazardous chemicals like benzene — which is found in oil production — were at levels that fall within the state’s safe drinking standards.

“Simply put, there’s nothing to suggest at this point in time that the aquifer is contaminated,” said Catie Matthews, a spokesperson for Chevron.

She said the company did what was required to stop the leak. “The work was to stop the flow at the surface and replug the well, and we’ve done both of those things,” Matthews said.

Watt hired her own team of experts to try and figure out what caused the leak. In a presentation to state officials, they said there is an “unknown source” of pressure on other wells, and that it is a matter of “’when,’ not ‘if’” other abandoned oil wells fail.

In Texas, oil and gas production is regulated by the Texas Railroad Commission. At a public meeting, one of the commissioners, Jim Wright, told Watt that the commission would look into what is happening on her land.

“I’m trying to study everything I can about your situation,” he said. “You have my commitment within the law to make sure that things are done correctly.”

That was in September. After that meeting, the regulator approved Chevron’s plan to test soil near the Estes to determine the extent of the pollution left from the abandoned well. Watt said she wanted the state to go further and mandate the oil giant drill groundwater-monitoring wells to see if toxic chemicals had reached her aquifers.

Watt is currently in negotiations with Chevron. The results of the company’s tests on her land have not been released to the public.