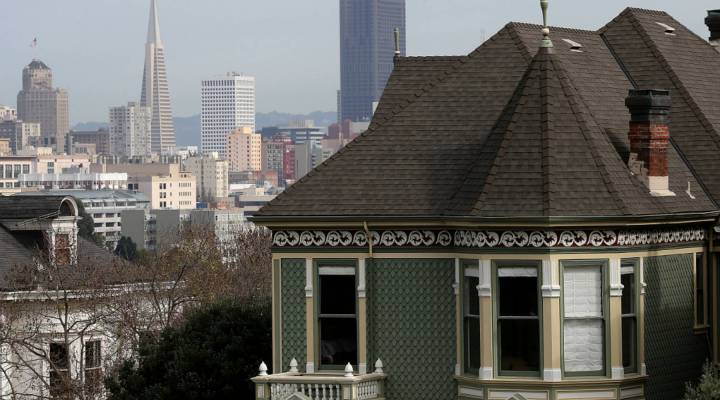 COPY
Home equity lines of credit are making a steady comeback, according to some experts. Justin Sullivan/Getty Images

Home equity lines of credit are making a steady comeback, according to some experts. Justin Sullivan/Getty Images
Listen Now

Home loans in the U.S. are down from this quarter last year, according to data out Thursday from the firm ATTOM Data Solutions (also known as RealtyTrac). That decline is mostly driven by a steep decrease in refinancing, but the numbers are offset by another area of lending that’s on the rise: the home equity line of credit.

The concept is simple: A homeowner in need of cash opens up a line of credit with the house as collateral.

“It’s the home as piggy bank,” said Andrea Lee Negroni, a professor at the Washington College of Law at American University. She said home equity lines of credit make sense for some people. Banks right now are offering very low interest rates (although the rates on these loans are floating), and home values are on the rise.

“Their house is worth more than they owe on it, they need a source of money to buy something else,” she said.

As home prices have climbed back up in the U.S., banks and lenders have been pushing this form of loan more aggressively. A recent TV ad for a home equity line of credit suggested using the money for remodeling, college tuition or even vacation.

But Negroni also warned we saw the same effect over a decade ago, when home values were sky-high. When sketchy lending practices crashed the economy and home values tanked, people who had borrowed money for that special vacation or college tuition ended up losing their homes.

“This has been a long-term trend really over the past four years,” he said.

The hottest areas for growth are anywhere with exploding home values, with Dallas, Denver and Seattle among the leaders. He said people who bought houses at the low point a few years ago are often the ones who have access to these loans, because their houses have appreciated so much.

“Those buyers are sitting pretty,” he said.

Even so, this type of lending still isn’t half what it was 10 years ago, perhaps because there’s still some nervousness — and, when it comes to lending practices, there’s also a lot more stringent regulation.