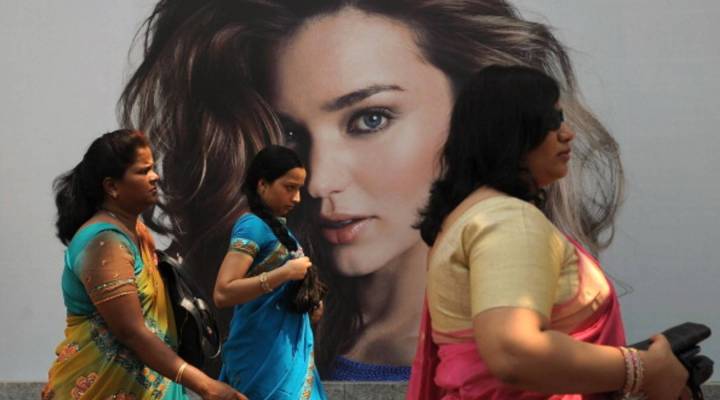 The head of the India’s tourism efforts got some flack this weekend by saying that female tourists should not wear skirts or walk alone at night “for their own safety.”

“Even I have two daughters … I would never tell women what they should wear and what they should not,” he said. Still, Sharma’s statement highlighted the current sentiment around nations policing what women wear. Religion seems to be a popular scapegoat for countries with clothing restrictions for women, but it certainly is not the only reason cited by government officials.

Here are just three examples of how countries dictate how women should dress:

A woman wearing a burkini joins a protest outside the French Embassy in London on Aug. 25 during a ‘Wear what you want beach party’ to demonstrate against the ban on Burkinis on French beaches and to show solidarity with Muslim women.

Last week, the burkini, a full-body swimsuit meant to provide modesty for Muslim women, made headlines thanks to bans in several French cities. The ban actually increased sales by 200 percent, according to the burkini’s creator, and the ban was overturned in one city, but enforcement was carried out in others. At one beach, several police officers were photographed reportedly making a woman remove her blouse in order to comply with the ban.

Israel’s Culture Ministry has decided it will establish modesty guidelines after a singer at a government-sponsored beach concert said was forced to end her show early because she was wearing a bikini top. The new guidelines would dictate how performers can dress at events that receive government funding. Singer Hanna Goor told a newspaper this weekend that a “production representative” asked her to put on more clothing and when she refused, she was kicked off the stage before the end of her set.

Qatar launched a modesty campaign two years ago to advise tourists. While the guidelines were directed at both men and women, there was greater emphasis on how women dress. The country advised that women should avoid wearing clothing that is too short or tight, including mini-skirts, sleeveless dresses, or leggings. The campaign was meant to prepare tourists for the 2022 FIFA World Cup, which Qatar is scheduled to host.

Thanks to COVID-19, there’s a new category in retail: the cloth face mask