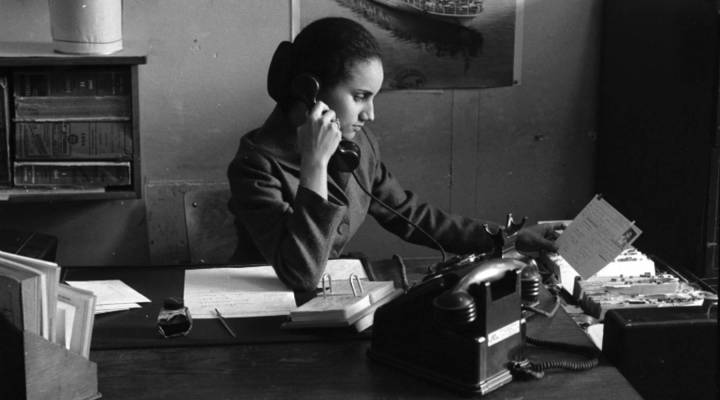 Women across the U.S. might join nation-wide strike on Wednesday and not go to work. Paul Almasy/Three Lions/Getty Images

Women across the U.S. might join nation-wide strike on Wednesday and not go to work. Paul Almasy/Three Lions/Getty Images

Some communities are already seeing the impact of “A Day Without a Woman,” a strike planned for Wednesday meant to underscore women’s contributions to the economy and society.

School districts in North Carolina and Virginia have announced they will be shutting down for the day due to a potential shortage of teachers. About 76 percent of teachers who taught at U.S. public schools during the 2011-2012 school year were female, according to the National Center for Education Statistics.

The strike is being organized by the same grassroots organizers that have gathered millions of people across the U.S. post-inauguration in an attempt to send a message to President Donald Trump that  “women’s rights are human rights.” Many participants of the Wednesday’s strike will be using the occasion to mark International Women’s Day and to call on Trump’s administration to focus on issues like equal pay and paid family leave. Women from number of professions will join the strike — including teachers.

One school district in Alexandria, Virginia, announced its closure today.

“It has come to our attention that as of today, more than 300 staff members have requested leave this Wednesday, March 8,” Superintendent Alvin Crawley announced in a statement. “Given the unusually high number of requests, this may be attributed to the observance of International Women’s Day. This day has also been deemed A Day Without Women. Consequently, Alexandria City Public Schools (ACPS) has decided to close schools for students for the day.”

Crawley noted that the decision had not been made lightly and that “it is not based on a political stance or position.”

The decisions to shut down schools could put an additional burden on women who were not planning to or could not afford to take a day off from work.

“We understand that when schools close there is an impact on families, who may have to find unanticipated childcare,” Crawley said. “We apologize for this unforeseen burden on parents and thank you for your patience and understanding.”

In North Carolina, the Chapel Hill-Carrboro City Schools posted a statement to its website last week, noting that an increasing number of female staff planned to be absent from work Wednesday. The district’s principals surveyed their staff to find out how many planned to join the strike, and when the results came back, “the number was significant.”

“While Chapel Hill-Carrboro City Schools values and supports its female employees, the decision to close schools is not a political statement. It is entirely about the safety of students and the district’s inability to operate with a high number of staff absences,” said the statement.

It’s not just schools that might shutter on Wednesday. For example, in Norman, Oklahoma, two businesses owned by women will close their doors for a day: PostScript stationery store and Crimson and Whipped Cream bakery.

“As a women owned business, with numerous female employees, we are closing on Wednesday March 8 in support of ‘A Day Without A Woman,’” both businesses announced on Twitter on Monday.

Wednesday’s strike is reminiscent of “A Day Without Immigrants,” which took place on Feb. 16. At that time, immigrant employees did not go to work to underscore the role immigrants play in the U.S. economy. Some immigrant parents also kept their kids out of school.

Striking does not come without costs. In addition to possibly forgoing a day’s worth of wages, some workers are also risking dismissal. After “A Day Without Immigrants,” more than 100 employees across the nation were let go for missing work, according to CNBC.

The women strike’s organizers have suggested that workers who cannot afford to join the strike — either due to financial reasons or for fear of dismissal — can instead wear red in support or support a female-owned business in their community.