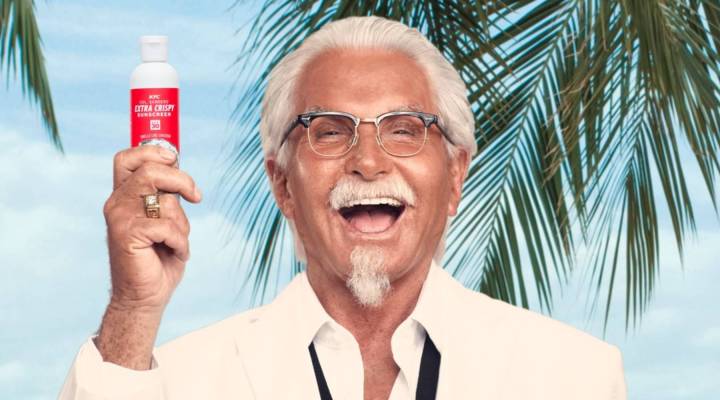 Some of you will remember that time KFC decided to release fried chicken-flavored nail polish a while back. The restaurant chain is out with another non-edible fried chicken product — I’m just gonna let this speak for itself, you decide:

Two things about this: KFC clearly thinks we’re idiots because they say like three times in that ad not to eat the stuff.

Also, the guy playing Colonel Sanders? George Hamilton, the always tanned icon of 30 years ago. Which was pretty clever, really.