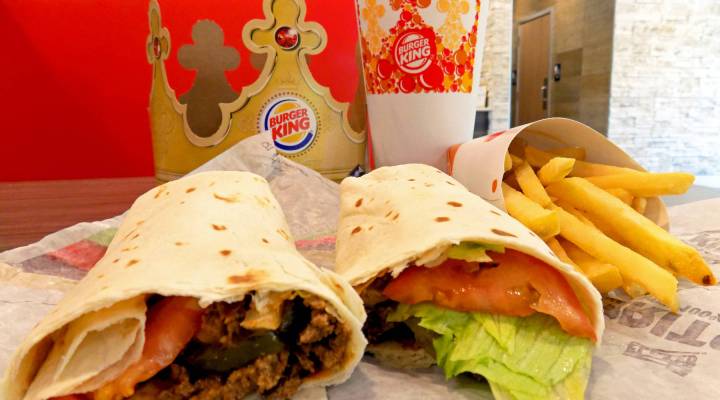 It’s been quite a year for fast food (among other things). Given that today is #NationalFastFoodDay, we took a look back at some of the weird products and new releases from the fast food world this year.  It’s likely that none of these gimmicks were meant to give companies any significant sales bumps. So why do it? It’s all about the hype.

1. McDonald’s doubled down on the all-day breakfast menu

McDonald’s initially extended its breakfast menu past 10:30 a.m. for select items in September of last year. For a while, McDonald’s only sold either McMuffins or breakfast biscuits as apart of the all day menu. This proved to be a successful move for the fast food giant.  In January of 2016, McDonald’s reported that sales jumped 5.7 percent in the fourth quarter of 2015 — the best quarter in nearly four years. But is one breakfast sandwich option really enough? Apparently not. In September, McDonald’s expanded its all-day breakfast menu to include almost all of their breakfast items.

2. The “king” of burgers decided to make hot dogs

In February, Burger King announced that the fast food establishment typically known for burgers would start selling hot dogs. Not just any hot dogs, though. Burger King said it wanted to sell “the Whopper of hot dogs.”

Turns out, Burger King also wants to sell the Whopper of burritos. In August of this year, BK added The Whopperito to its menu. Simply put, it is a Whopper — but the buns are replaced by a tortilla.

Yes, Burger King also managed to make Mac ‘n Cheetos a thing. The restaurant added the mozzarella stick-like concoctions to its menu in July for $2.49 a box — with a side of ranch, of course.

5. Kentucky Fried Chicken took finger-lickin’ good to the next level

OK, this product was only available in Hong Kong but it’s still worth noting. KFC introduced edible nail polish in two signature flavors: original recipe and hot and spicy.

The world really needed one more pumpkin spice product and McDonald’s was happy to give it to us in the form of french fries drizzled in pumpkin spice sauce. Unfortunately, (or fortunately?) these were only made available to customers in Japan.