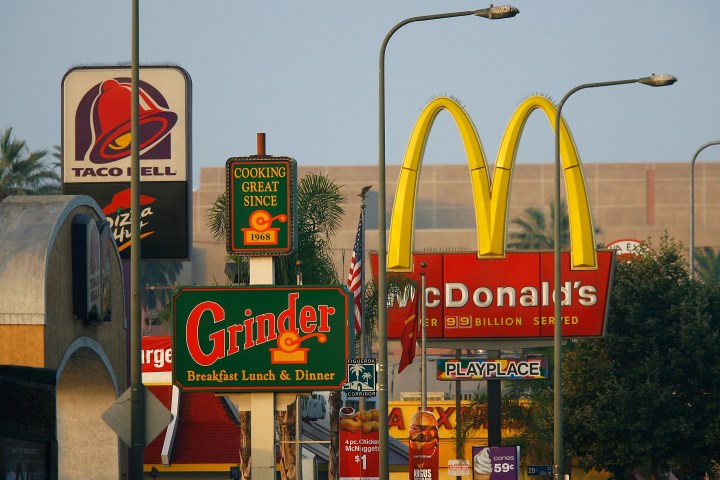 After a customer refused to put on his face mask correctly, Chipotle employee Ron* had enough and decided to quit on the spot.

Throughout his time working there, many customers came in without masks on, adamant that the pandemic was over. But with a mom who has to go to dialysis and a dad who has diabetes, Ron didn’t want to risk getting the disease and spreading it to his family.

“If I got COVID from work and gave it to them, who knows what would have happened?” the 18-year-old said.

Restaurants — including chains like IHOP, Taco Bell, McDonald’s, Chipotle and Little Caesars — are going on hiring sprees and plan to bring on tens of thousands of workers.

But the industry overall has been struggling to find new employees and retain workers. Some have quit or are reluctant to apply because of COVID-19 concerns, low pay, meager benefits and the stress that comes with a fast-paced, demanding job.

Restaurants have been willing to offer signing bonuses and temporary wage increases. One McDonald’s is even paying people $50 just to interview.

“Companies are finding the workers that they had furloughed last year are no longer available to rehire,” said Daniel Zhao, senior economist with Glassdoor. “Then some companies on top of that are actually experiencing higher demand as the economy reopens, so they need more workers to actually keep up with that recovery.”

Even though millions of Americans are unemployed, Zhao said, this economic crisis is unusual compared to traditional recessions.

“Many workers are still sitting out of the labor force because of health concerns or child care needs, and that makes it tough to find workers regardless of what you’re doing with wages or benefits,” Zhao said. “An extra dollar an hour isn’t going to make a cashier with preexisting conditions feel that it’s safe to return to work.”

Ron, who quit his job in March, said he’s not surprised that restaurants are having trouble finding workers, since some customers don’t follow the appropriate safety precautions and people’s responsibilities have dramatically increased while pay has remained the same.

Ron pointed out that at one point, Chipotle gifted everybody a Chipotle-branded speaker, but stopped hazard pay.

In response to a request for comment, a Chipotle spokesperson said over email: “We are seeing increased staffing needs as our business continues to grow, however, Chipotle is incredibly fortunate to have a steady flow of applicants due to its strong values and mission to cultivate a better world.”

The spokesperson also added that Chipotle offers benefits like tuition reimbursement, a debt-free degree program, access to mental health care and a bonus program that gives employees “the opportunity to receive an extra month’s worth of pay each year.”

John*, a former Taco Bell worker based in Illinois, said he left during the pandemic for both personal reasons and because management reduced his hours for reasons that weren’t explicitly stated.

“I was getting, like, nothing on my paycheck. So I just decided, you know what? I want to find something else to do,” he said.

He added that he found out he was being paid a lower hourly wage than his colleagues, and he also felt that employees weren’t being properly trained for their jobs.

“The manager put me on a register. I had no idea what I was doing the entire time,” John said. “So I just basically learned how to do it by asking questions from my other co-workers.”

Would he be willing to go back to the fast-food industry?

“I’ve had dreams where I’ve been back in Taco Bell, and I’m like, ‘OK, I like this for now.’ And then halfway through the dream, it’s like, ‘OK, I remember why I left,’” he said.

A spokesperson for Taco Bell, over email, said: “As a brand, our people are our top priority. While we don’t have the specifics about the former team member’s restaurant location, employment or circumstances, the brand emphasizes the ‘start with us, stay with us’ team member experience, which starts with open communication with management.”

Zhao said that if the labor shortages are primarily being driven by the pandemic, then workers might more readily take these jobs once the health crisis subsides.

If that happens, companies might not feel the pressure to raise wages. He thinks that’s why employers are offering benefits like one-time bonuses instead of permanent salary increases.

Zhao said restaurants can use these temporary measures to find more employees now — and decide whether or not to keep them when the pandemic is over.

*Editor’s note: The names of the fast-food workers in this piece have been changed to protect their identities.