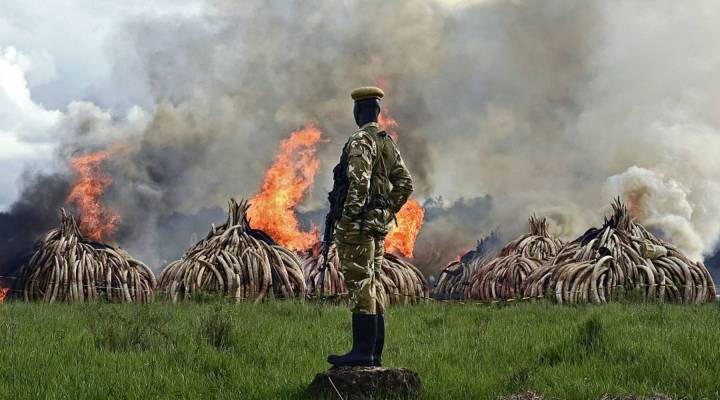 Today is World Elephant Day, but this year’s celebration comes with renewed debate over ivory sales in Southern Africa.

Ahead of this fall’s meeting of the Convention on International Trade in Endangered Species of Wild Fauna and Flora (CITES) in Johannesburg, Zimbabwe and Namibia are pushing to lift the decades-old ban on the international ivory trade. A new National Geographic story outlines the debate, which is happening amid a poaching crisis. The 1989 ivory ban has helped populations recover, but an estimated 30,000 elephants are still killed every year.

Zimbabwe’s CITES rep, Rowan Martin, opposed the ban in the ’80s and told Nat Geo it’s been a “total failure.” Now he’s demanding a framework for selling ivory legally, and Namibia is threatening to ignore CITES rules altogether if an agreement can’t be reached. Africa’s elephant population is at issue, of course — the U.S. State Department estimates elephants are still on the road to extinction in the next decade if poaching rates continue — but the larger debate is one of economic policy.

For decades, some countries have publicly destroyed ivory stockpiles in a conservation effort. Last spring, Kenya burned all the ivory it had confiscated from poachers — more than a hundred tons — in the largest display of its kind ever. The stockpile was extremely valuable, but President Uhuru Kenyatta said the tusks are worthless to Kenya unless they’re attached to living elephants.

The BBC notes the practice is controversial among conversationalists, some of whom say crushing or burning ivory will only drive demand.

Meanwhile, Martin and other south African countries have pushed for a centralized monopoly on ivory, overseen by CITES and fed by governments. Countries should be able to decide what to do with the ivory or any other commodity in its own borders, Martin said.

“Wildlife is being treated as a global commons,” he told Nat Geo. “Activists in the West say wildlife belongs to everybody. The hell it does! It belongs to the people on whose land it occurs. The people who pay for it!”