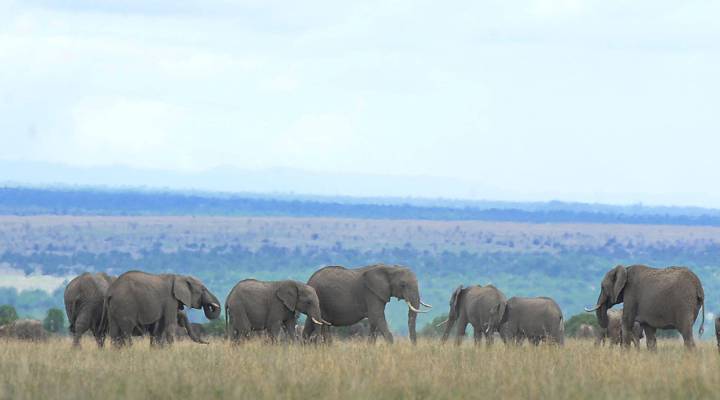 Elephants are pictured at the Ol Pejeta Sanctuary in Laikipia on April 28, 2016. SIMON MAINA/AFP/Getty Images

Elephants are pictured at the Ol Pejeta Sanctuary in Laikipia on April 28, 2016. SIMON MAINA/AFP/Getty Images

In the last seven years, the population of savanna elephants in Africa has declined 30 percent, accounting for the loss of about 144,000 elephants.  According to the Great Elephant Census, the elephant population declined at a rate of eight percent a year, which they attribute to an increase in poaching between the years 2007-2014.

In recent years, the demand for ivory has been on the rise internationally, despite a 1989 ban on international and commercial ivory trade. The GEC reported that the savanna elephant population has fallen to 352,271 since large-scale poaching of elephants resumed in 2007. Ivory is especially popular in China and other Asian countries, where it is seen as a status symbol, thus creating a booming illegal market.

Earlier this year, the UN released a study that found elephants in Africa were being killed at a faster rate than they were being born.

Tanzania, Mozambique and Angola were noted in the study as having the worst decline in elephant population. In contrast, countries including South Africa, Botswana, Uganda and parts of Kenya have seen a rise in population. The study attributes this in part to conservation efforts and protected land in these countries.

The BBC reported that Botswana has 130,451 elephants — more than any other country on the continent. Michael Chase, the lead investigator for the Great Elephant Census, told the BBC that these elephants are seeking refuge from poachers in the neighboring countries of Namibia and Angola.

Meanwhile, Southern African countries are embroiled in a debate about legalizing the sale of ivory. Earlier this month Namibia and Zimbabwe pushed for legalizing ivory trade, while Kenya instituted a mass burning of all of the ivory the country had confiscated from poachers. According to the U.S. State Department, if the elephant population continues to decline at this rate, it is at risk of extinction in the next decade.