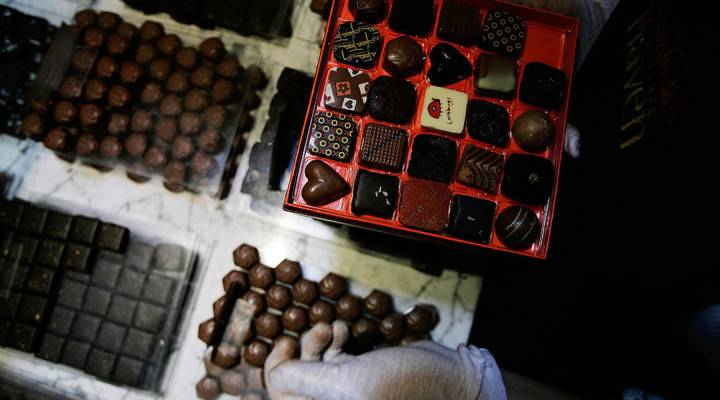 Chocolate lovers, it may be time to panic. About half of the cocoa beans recently produced by the Ivory Coast aren’t meeting quality standards, adding to an existing worldwide shortage of that key chocolate ingredient.

Exporters are rejecting the beans because they are too small and have high acid levels, Reuters reported Tuesday. This means more problems for a market that already has a 180,000-tonne supply deficit. So, what does that mean for chocolate production?

Smaller beans have less cocoa butter, which gives chocolate its texture and the higher levels of acid erode the quality of cocoa butter. Experts predicted in 2014 that there will be a chocolate shortage by 2020, due to the issues with cocoa production. But, the global market actually grew last year, The Wall Street Journal reported in January. Still, demand is rising and cocoa farmers are trying to keep up.

Ivory Coast farmers have faced the issues around the cocoa deficit for some time now because of changing weather conditions.  The West African country is a top producer of the crop. Cocoa prices soared in 2013 due to the supply issues and experts rang the warning bell for chocolate prices:

Cocoa prices were up by 40 percent since the start of 2012, leading chocolate companies to start raising their candy prices in the beginning of 2014, according to The Journal. Companies are trying to find sustainable ways to farm cocoa beans, but conditions don’t seem to be getting better.

Farmers said issues with rains has caused several issues for them. A prolonged dry season is the culprit for the lower quality of beans and, more recently, heavy rains have made it difficult to dry the beans.