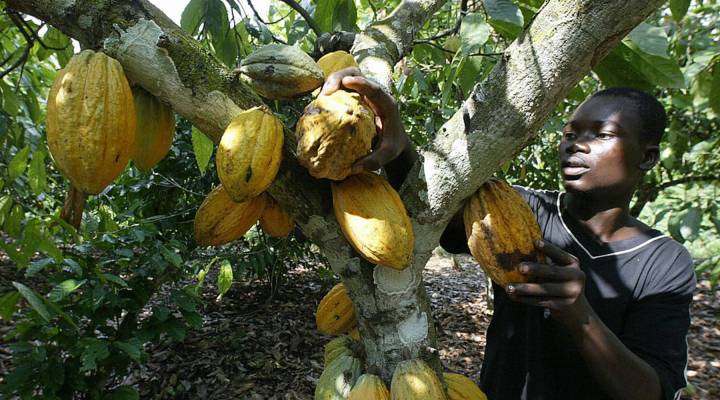 Seventy percent of cocoa comes from West Africa, mostly Ivory Coast and Ghana. The supply can swing way up or down depending on political instability and the weather there.

“At times coca prices’ annualized volatility can be as much as 20 to 25 percent,” said James Butterfill, head of research and investments with ETF Securities.

This year, favorable weather in Ivory Coast is contributing to a surplus, and prices have fallen steeply. That forced the government to lower the price it guarantees cocoa farmers.

Just this week, Ivory Coast and Ghana said they’ll try to tackle price volatility by coordinating how much cocoa they produce and put on the market. Vincent Smith, an agricultural economist at Montana State University, said he’s skeptical that will work.

“The ability to manage a global market on the part of two major producers is pretty difficult,” he said.

Smith said an effort to stabilize the market by controlling supply could only work in the short term, given that cocoa farmers in other countries could ramp up their production.

It’s unlikely the cocoa price declines will show up in consumer products any time soon, according to Erin Lash, director of consumer equity research at Morningstar. She said confectioners tend to use forward purchase agreements for commodities to offset any near-term fluctuations in commodities costs.

“It can range anywhere from three months to up to two years in advance,” she said.