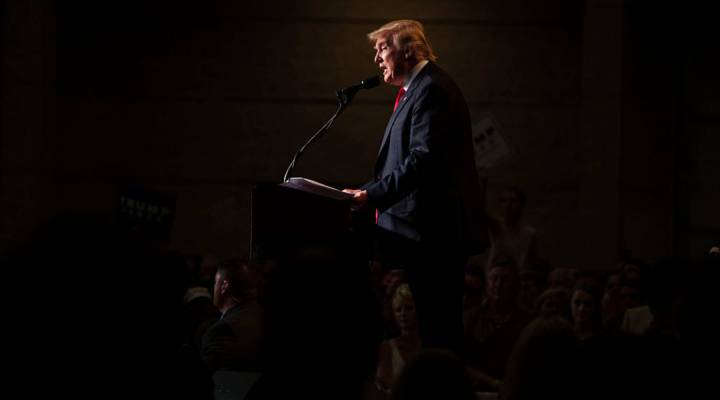 COPY
Trump gave a speech about his economic plan on Monday, but still left details out.  Darren Hauck/Getty Images

Trump gave a speech about his economic plan on Monday, but still left details out.  Darren Hauck/Getty Images
Listen Now

In Detroit today, Donald Trump laid out his goals for the American economy.

“It will be American workers who are hired to do the job,” he said. “Americanism, not globalism, will be our new credo.”

It’s a message that could strike a chord among people who haven’t fared as well in the slow economic recovery, but just how he plans to make it happen is still unclear.

Larry Mishel of the center-left Economic Policy Institute said Trump didn’t offer anything new in his speech, especially when it comes to issues like trade.

“Donald Trump on trade treaties claims that he can renegotiate them and get different outcomes, but he has never said exactly what he is going to try to do,” said Mishel.

For Douglas Holtz-Eakin at the center-right American Action Forum, what stood out was what Trump left out of his speech.

In many ways, today’s speech presented a new framework for Trump’s economic policies, although there remain many details that need clarification.