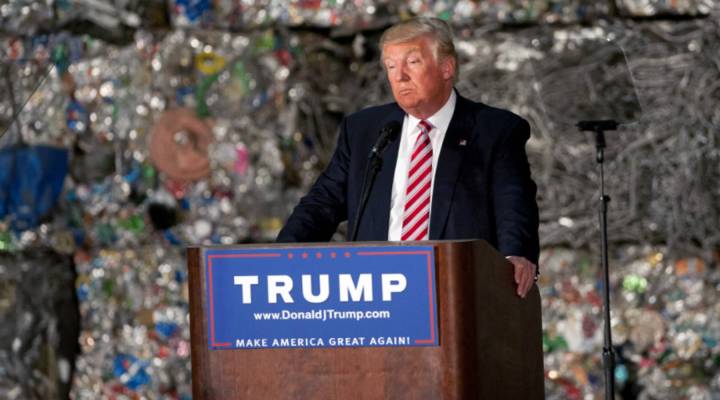 COPY
Donald Trump speaks to guests during a policy speech during a campaign stop at Alumisource on Tuesday in Monessen, Pennsylvania. Jeff Swensen/Getty Images

Donald Trump speaks to guests during a policy speech during a campaign stop at Alumisource on Tuesday in Monessen, Pennsylvania. Jeff Swensen/Getty Images
Listen Now

Donald Trump may have the delegates to win the Republican nomination, but he has drawn the criticism of a traditional GOP supporter – the U.S. Chamber of Commerce. The two have very different positions when it comes to trade, which has turned into public sparring in recent days.

While criticizing trade deals is a central part of Trump’s platform, the Chamber has countered that his trade policies would throw the country back into recession. He’s very against the Trans-Pacific Partnership; the Chamber is for it.

Helping American workers means opening markets to American business, which will grow the US economy & create US jobs https://t.co/oMJkLzx4yu

For reasons only they can explain, the @USChamber wants to continue our bad trade deals rather than renegotiating and making them better.

“If you had a crystal ball and somebody said, ‘Oh by the way, in the 2016 election the U.S. Chamber is going to take issue with the Republican nominee,’ you would have laughed,” said Steve Jarding, a professor at Harvard’s Kennedy School of Government. “You would have said, obviously that’s not going to happen. It never happens.”

Typically, the Chamber’s support for a GOP presidential candidate can be taken for granted, he said.

However, it’s also rare for a Republican candidate to be as critical of trade as Trump has been.

“In the primary elections, candidates from both parties have pandered to the anti-trade left and the anti-trade right,” said Dan Ikenson, the director of the Herbert A. Stiefel Center for Trade Policy Studies at the Cato Institute. “But when it comes to the general election, the Republican nominee has always come back to take the pro-business position and to advocate for trade liberalization and trade barrier reduction. So in that sense, Trump is very different. He’s the presumptive nominee and he hasn’t come to the center or gone back to adopt traditional Republican positions.”

The Trump-Chamber spat is also unusual, as the Chamber “usually focuses its attention and resources down ballot,” said Tony Fratto, a partner at Hamilton Place Strategies.

“The chamber usually plays a fairly large role in Congressional and Senate races, but not very often a big role in presidential elections,” he said. “It actually stepped out of its normal role to be so vocal with Donald Trump.”

Fratto said that makes the move all the more noteworthy — and potentially damaging to Trump. 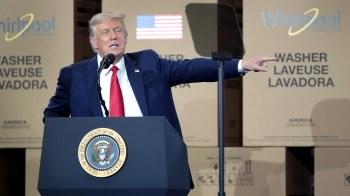