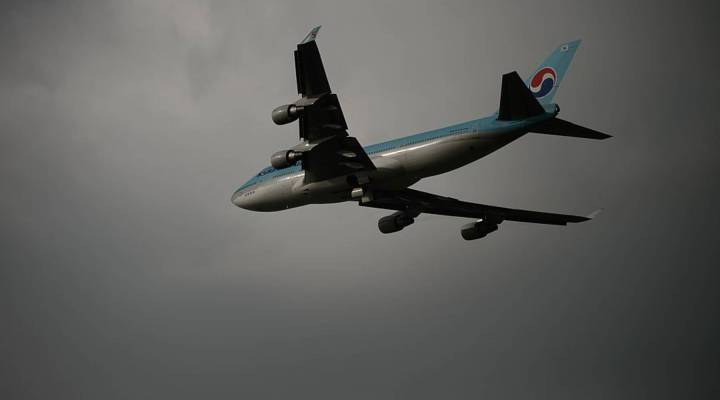 Boeing just released earnings results, and it announced its first quarterly loss in almost seven years. Write-downs related to new planes were responsible for much of that, but then the company slipped another piece of news into a regulatory filing.

Boeing said it may stop making the iconic 747 aircraft. Yes, the original jumbo jet may finally be phased out after 45 years of service. Airlines just aren’t buying it – or any other large plane – like they used to.

“Chances are you’ve heard about the plane with the spiral staircase in first class,” intoned a male voice. “And chances are you’ve wondered, who’s going to get this incredible bird off the ground?”

Michael Miller is an aviation consultant and the son of a pilot. He fell in love with the 747 at the age of six, not not after that ad came out.

“So the wonderment of watching a 747 back in the 1970s is still part of my life today,” he said. “I still love watching them take off.”

But fewer and fewer are. Scott Hamilton is an aviation consultant in Seattle, he said only a few airlines are still ordering the planes.

“Lufthansa, Korean Air are the two that immediately come to mind,” Hamilton said, “but we’re talking about 30 or 40 planes at best between them.”

The 747, with its hundreds of seats and huge appetite for fuel, used to be the only plane that could fly long-haul. Now airlines prefer smaller, more fuel-efficient planes that are easier to fill.

“The smaller the aircraft, the more flexibility an airline can give you on how often you can fly,” he said.

Brancatelli for one won’t miss the big bird. Still, Michael Miller said, the 747 is part of aviation history.

“It really echoes a time when people loved to fly.”

How many people even remember that?