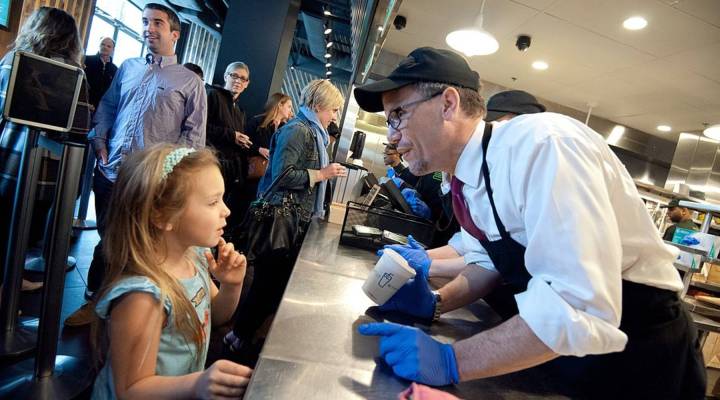 It’s been seven years since the federal minimum wage went up to $7.25, but in that time minimum wage earners have lost 10 percent of buying power to inflation, the Economic Policy Institute noted today.

In fact, the EPI calculated that minimum wage peaked way back in 1968, when Americans earned $9.68 per hour in today’s dollars. Before then, minimum wage was set to correspond with productivity — how much income the average worker produces. If federal minimum wage had kept that pace, it’d sit at just under $19 now. If the minimum followed average wage growth — which, as we know, hasn’t been stellar — it’d be around $11.35.

Of course, many states and cities set their own minimum wage higher; 21 states follow the federal minimum and five of those don’t have a state wage floor at all. D.C. and California have minimums at or above $10, with raises to $15 coming in the next several years. The EPI has a very useful interactive map for tracking state and city wage hikes.

This isn’t to say everyone is advocating a wage increase. Business owners cannot always make up the cost of paying more, and a federal minimum is too broad to work for all businesses, according to the National Federation of Independent Business.

“Whether they have the sales to support higher labor costs is something politicians can’t answer,” a spokesman told CNBC.  A $15 minimum, like the one Hillary Clinton is proposing, would hurt businesses owners in the south and midwest, he said.

When we interviewed Secretary of Labor and rumored-Clinton-V.P.-contender Tom Perez last spring, he told us businesses should pay more even if it means raising prices to absorb the labor costs. Perez specifically cited Shake Shack as a business that found great success in charging more and paying workers above the minimum wage. Check out the full conversation below.