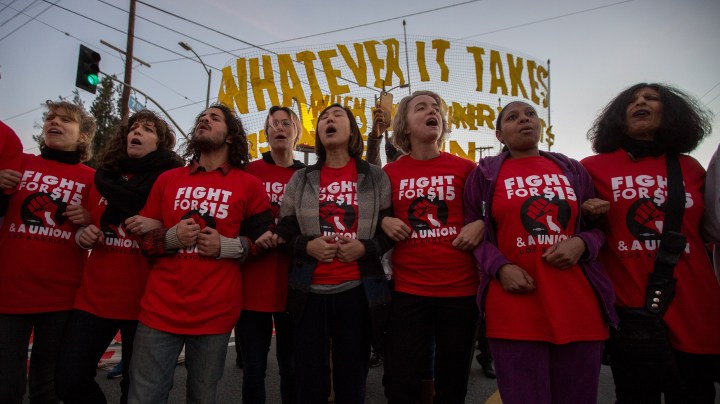 With the federal minimum wage stagnant for the past ten years, 29 states and the District of Columbia have set their own, higher minimum wages, ranging as high as $14 per hour in D.C., and creating a complicated nationwide patchwork of wage structures for workers and employers. Seventeen states, meanwhile, have preempted the need for periodic legislative action to update their minimum wage, by indexing it to inflation, so the wage automatically increases to maintain its purchasing power as prices rise.

The current federal minimum wage of $7.25 per hour has lost close to 15% of its value since it was last raised in 2009 after adjusting for inflation, according to an analysis by the Economic Policy Institute. The value of the federal minimum wage peaked in 1968; if it had kept up with inflation since then, it would be set at $10.15 per hour today, according to a report by the Congressional Joint Economic Committee.