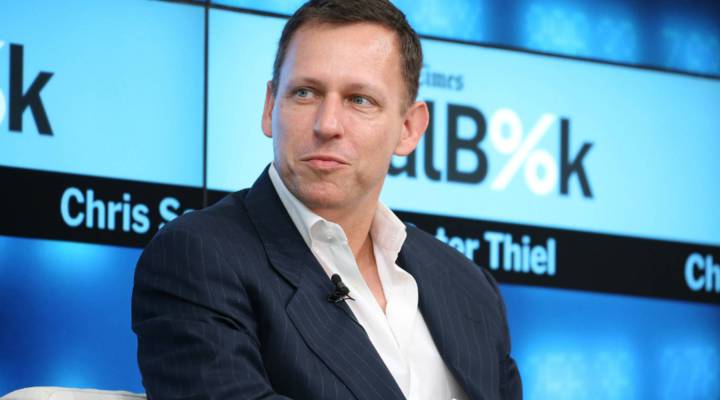 Silicon Valley billionaire Peter Thiel will be appearing alongside Donald Trump on Thursday evening at the Republican National Convention. The PayPal co-founder, also an early investor in Facebook, has made headlines lately for his role in shadow funding Hulk Hogan’s lawsuit against Gawker. The latest on that is that Gawker founder Nick Denton could face personal bankruptcy over the suit, which concerns a sex tape of the wrestling star that Gawker published on its site.

For the uninitiated, the background there is that Gawker had previously outed Peter Thiel as gay. While he says he doesn’t hold a grudge, he has admitted he wanted the Hulk Hogan lawsuit to act as “deterrence.”

But what stands out today is that almost the entire rest of Silicon Valley has steered extremely clear of the Trump campaign. The entrepreneurial techie class seems to be allergic to his views on immigration and trade, and his penchant for offending diverse groups of people.

Thiel, on the other hand, is a Libertarian, and his big thing is unfettered capitalism.

He talked to the Marketplace Morning Report a couple years ago about his business strategy:

You want to always aim for monopoly. We can debate whether that’s good or bad for society, but from the point of view of someone starting a business, that’s what you aim for. If you want to compete like crazy, you should open a restaurant and you’ll get ferocious competition, but I think you won’t do very well as a business.

In general, his views are idiosyncratic. He doesn’t think startup CEOs should make too much money. He’s supported the concept of an offshore unregulated island where startups could develop ideas unfettered by law. There’s something Trump-ish about it all, even if it’s not quite clear what the connection is.

On the other hand, Bloomberg reports Thiel is likely to talk about being gay in the RNC speech, which would make him the first-ever RNC speaker to do so. And that comes in a year when the Republican Party has significantly revised its platform toward anti-gay policies, including a nod to the controversial practice of conversion therapy for gay kids.

Listen to our full 2014 interview with Thiel here.